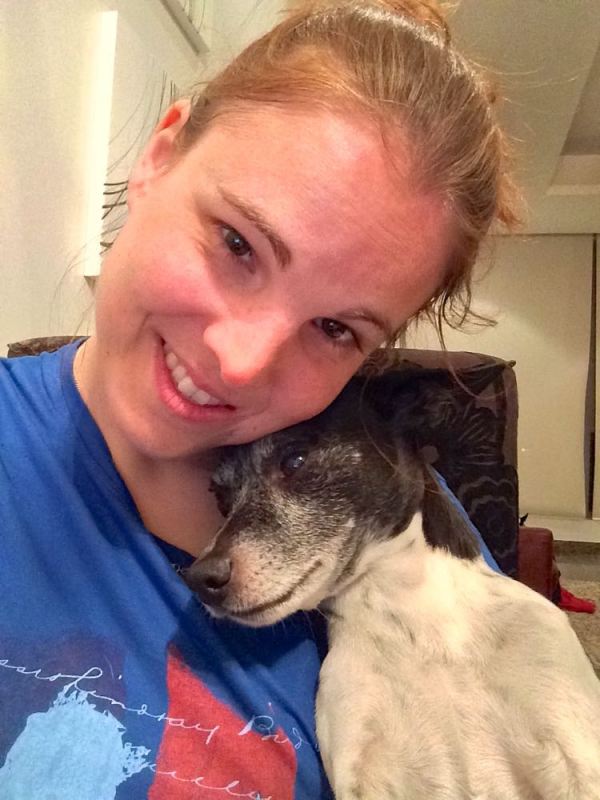 I had the alarm set for 5:15, woke up and reset it to give me another hour of sleep that I quickly took. I was in the middle of a dream when the alarm went off again. I covered the dogs up and got dressed. Breakfast at 7am, shower, and leave for base at 11am. I go to PSD to find out that we got our travel expense money to get us from San Diego to here ($5,300) which helps cover the cost of the dogs and our trip to Alaska, but after five weeks here have yet to receive any money to cover our hotel bill which we’ve paid $4,700 for 30 days. When we move out in a week we will owe another $3,100 and will need $2,800 to move in to our villa and are still getting interest fees on our four-digit credit card debt balance. 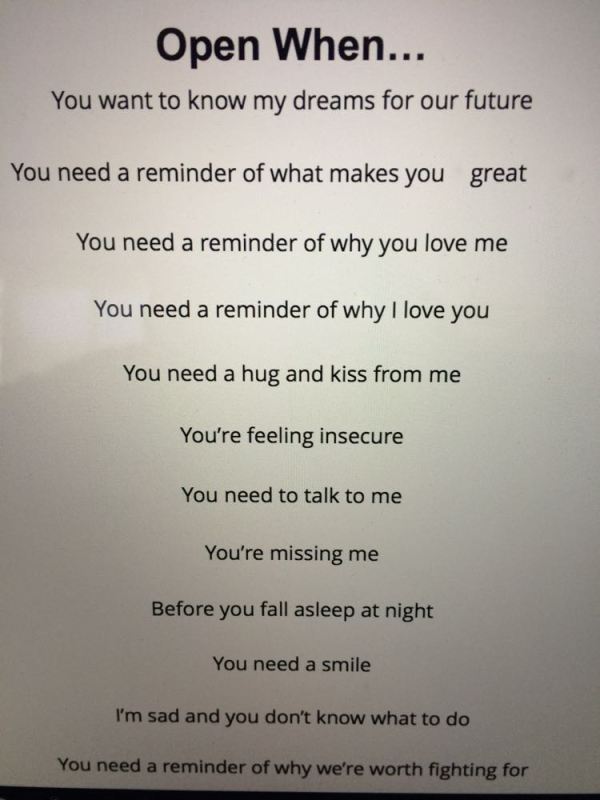 The guy at the counter, PS3, took all the paperwork and luckily QM2 Richards, from the Dextrous, was there to give him the number to the OOD (officer of the deck) so he could call Caleb and verify the power of attorney and my presence in trying to verify what money we had and why we hadn’t received the rest. PS3 was able to tell me that they just put in a payment due (to us) on Sunday (when the States are closed) and we should be receiving $2,700 for Caleb. They messed up his paperwork and forgot about me which should give us another $1,500 by the end of the week. 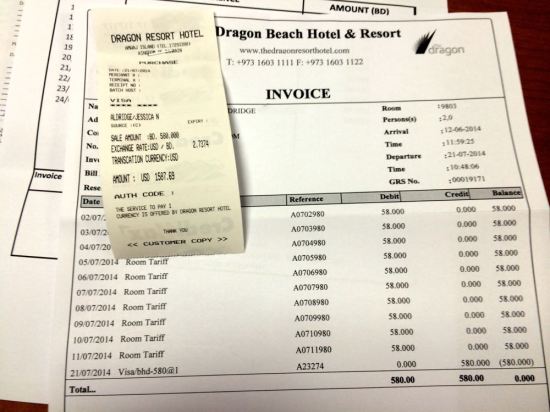 one of our many hotel bills

I went to Personal Property and was given the same number to call about the car. I don’t care when it gets here, but I need to know so I can make arrangements with the rental company. Then I went to Housing to turn in another TLA (temporary living allowance) form and ask some questions about the place we are moving into soon. The guy told me to write things down on a blank page and sign it with the property manager to turn in so it can be added to our pre-lease when we sign the actual lease in three days. I could add it to that, but I’ve got five days after moving in to fill out a form with anything that needs to be fixed, replaced, or removed. And I’m wondering how many transformers I might need and how to add things to the list after our stuff gets here. 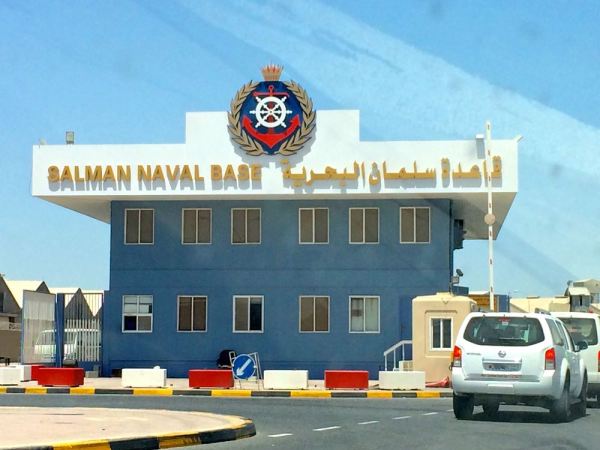 where the boats are

Caleb was going to be off work at noon and started his trek to the pass office on Mina Salman while I went to check mail. I picked up a book, Longbourn (the maids point of view from Pride and Prejudice time period), from the free table and talked to a staff sergeant about reading, libraries, and series. We walked towards the gate together, her going back to work, and me to the car to grab the bag of bottles to recycle. I picked up two more bottles on the way to the bin.

I got two dinars of gas on my way between bases. I got to the gate and the guys inside recognised my hat and complimented me on looking like a Hollywood star, even with the scar on my face. I called some office and he called the guy I was talking to, The Supervisor, and I was allowed on base as the duty driver pulls up and offers me a ride. I have such luck, poor Caleb. I’m able to meet him at a building with turnstiles, but from there I park the car and he still has to walk along the pier. He hands me the bright pink pass giving permission for Carl Aldridge to drive on base. When Caleb told them about the mistake he was told that the car’s information is more important than his. That’s good to know. 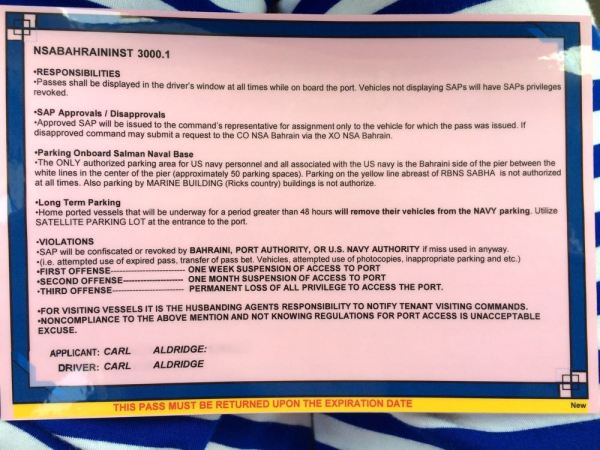 the back of our pink base pass

By now it’s 1pm and I’m late for my lunch date. Carole called when she got done with her house hunting early and I forewarned her that I’d be late. There were two accidents on the way home. A four car accident southbound missing the rear car and one on the shoulder northbound with a missing car engine because it went up in flames. We get to the room at 1:30 and meet Carole at Yamin Jana. They’re open from 11am to 3pm for lunch. She gets pita and hummus, Caleb the Greek salad (I think he was hoping for a side portion), and I got a falafel sandwich (actually a wrap) with fries. We stayed and talked until a realtor came to pick Carole up at 3pm. 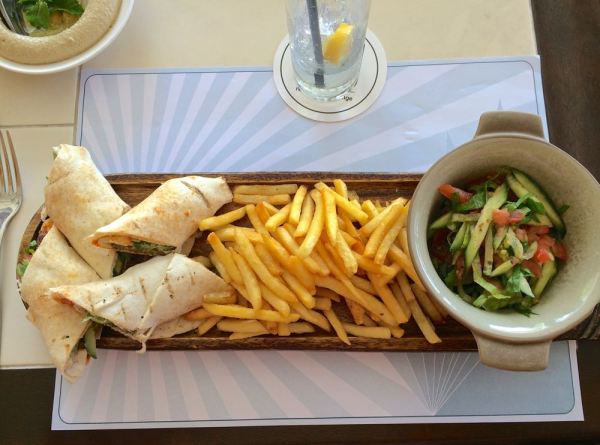 Caleb and I worked out together, improving his flexibility, balance, and methods. I showed him what a Spiderman push up is. Then I typed this up before reading about the Amazon (the river that holds every record except longest, that record goes to the Nile). Caleb shortened his run this evening and then we walked the dogs while he was still sweaty.