Posted on June 5, 2014 by TheJessicaness 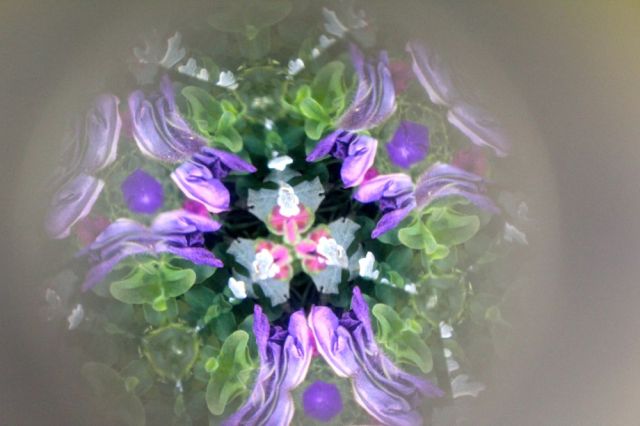 Breakfast was had at U.S. Egg, after arriving at 9am. I had biscuits with sausage gravy. It’s not that I can’t eat meat, but it ruined the taste of the pepper gravy and buttery biscuits. I would’ve finished the four halves had I not had half of an English muffin with blackberry jam on it. Dad’s meal came over-meated and Mario, the manager, sat down to give us a tip on our soon-to-be expat home while Dad was busy talking to a waitress.

He told us not to show the bottom of our feet as it’s considered disrespectful in the Middle East because you’re showing the lowest part of your body, the unclean part. That is also why shoes are removed for prayers and the feet cleaned. Some Muslims find it respectful for youth to kiss the feet of their elders; others claim this resembles the prostration to God and it shouldn’t be done. I will keep my feet down and my eyes open. Thank you, Mario.

on the corner in Jerome

Dad opened the office for Dani and then we took Caleb home, so we could have one last father-daughter day before I leave for two years, after setting him up with a 12:30 appointment with Simon, Dad’s barber for 17 years. Had we left sooner Dad wanted to take me to the North Rim of the Grand Canyon, to another part of this large, historic formation that I have yet to see, and that we haven’t seen together.

This didn’t stop us from heading north, but the road closure due to a car on fire did. We detoured off Highway 17 and stopped in Jerome – a small town full of photography shots that Dad had already taken. There are lots of rebuilt hotels and saloons that have partially survived fires over the years. And the ladies jail is located on the bottom floor of the New State Motor Building – which is where the women went after the town passed a law forbidding the red-light district from being located downtown. 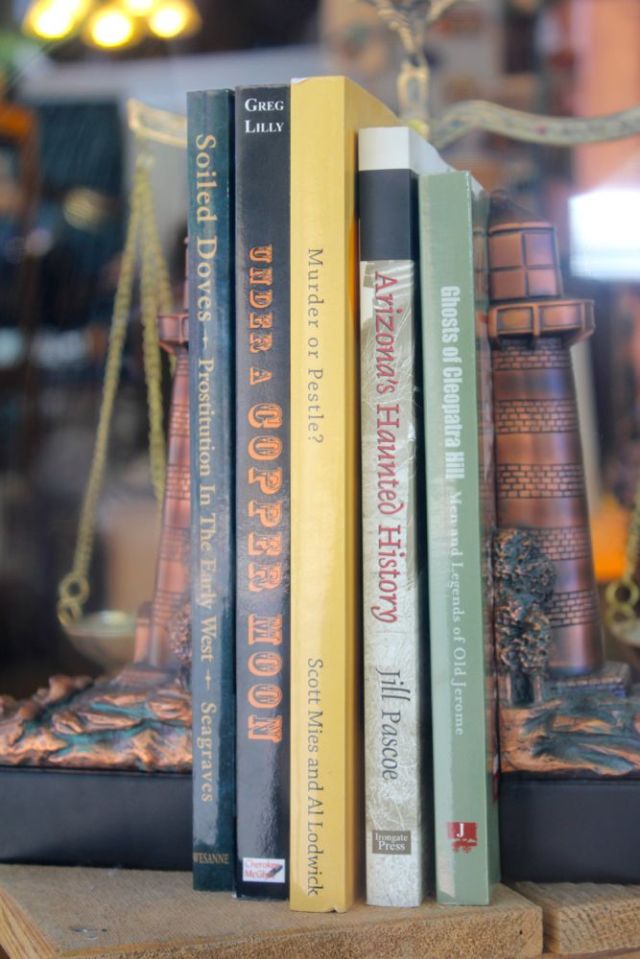 books on a shelf

There’s plenty of shopping, history, and chipped paint along with the dry desert heat that is cooled off when a breeze blows through the streets here. We notice a sign, “Will take credit card for water” – it’s not verbatim, but neither of us had cash. We get a water each and I get a root beer, not because I like soda, but to celebrate seeing a new place and getting to experience a sample of the 89A that’s famous for its 158 curves in 12 miles.

Then we drove to Sedona to the Blue Moon Cafe so Dad could order posole, a pork and hominy stew, and was again over-meated. I tried a bite of the hominy with broth and the spices were varied and fitting to my memories of Dad and I traveling the Southwest. I enjoyed my tea while he ate lunch. We made it back home after 4pm and he went to the office to not feel as guilty for leaving the employees there to work the morning alone.

It turns out Brinn decided to take the day off since he thought the boss wasn’t coming back in and influenced his girlfriend, a yet to be hired employee, to leave an hour and a half early so they could go shopping for supplies for his new apartment. Dad kicked Joe out so he could have some time to himself. I spent this time to write out postcards for Robert,  Jessi and Jake, and Sammi and Lyra. I read to Caleb for a while and then he scared Caroline at the door when she got home at 5:45. The look on her face was priceless.

We met Dad at Gil’s Taste of Taos at 7:15 with two bowls of guacamole and another with red and green sauce. I split a chile relleno with Caleb and saved room for a sopapilla. Outside were two women with their cars pointing at each other. They were fumbling with the jumper cables when Dad volunteered Caleb’s expertise and told us he would see us at the house. The women were grateful for the help when the second car started back up.

unemployed and on the street

Dad’s working environment bummed him out and he didn’t feel like playing in the reindeer games. The rest of us opened Caroline’s ukelele book and as she practiced and sung lowly we joined her, but not with as much rhythm, melody, or grace. After 30 minutes it was just lyrics and then we started ad-libbing the songs replacing words with whore and sandwich. Out came the snail puppet to sing-a-long too. Dad went to bed early, lulled to sleep by his family band and my singing turned to yawning. Once the other two begin to put on pajamas I can lay my head next to Piggy’s on the pillow.