Posted on April 2, 2014 by TheJessicaness 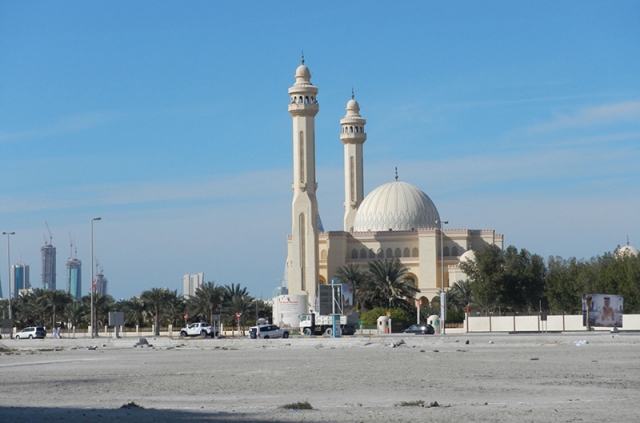 a view of blue and tan – by Caleb

I found out the day before Caleb’s last birthday that I would be moving to Bahrain, where he would be stationed for two years. I started to look into housing, laws, entertainment, food, customs, and import laws – what I could and couldn’t bring, and what I could and couldn’t do. I was excited, still am, to get the chance to experience another culture – and to be closer to Europe, Turkey, India, and parts of Africa!

Bahrain, I’m told, is the Las Vegas of the Middle East, and the kindest of the Arabian countries that hate the United States. They allow us to have a base there and have their private property clearly marked for us to keep out. I’ve heard great stories of the Tree of Life – because it’s the only one to survive the heat. I’ve also been told the tales of what goes on behind the walls and after dark. I’m not scared – even to wear a burka and get driven into Saudi Arabia – where I lose most of my American rights and become just another female that belongs to a man who better be my dad, brother, or husband.

I started telling people I was going, and then got nervous that I wouldn’t be as the Navy pushed our move date out further and further, but it seems things are in order now and we are making plans – getting Bahrain visas, arranging to transport our car and household goods, and getting the dogs up to date on shots. My girlfriend suggested I make a San Diego bucket list before I go. There will be plenty on it – and even more so when I leave as there is every time I move and realize all the stuff I didn’t do. 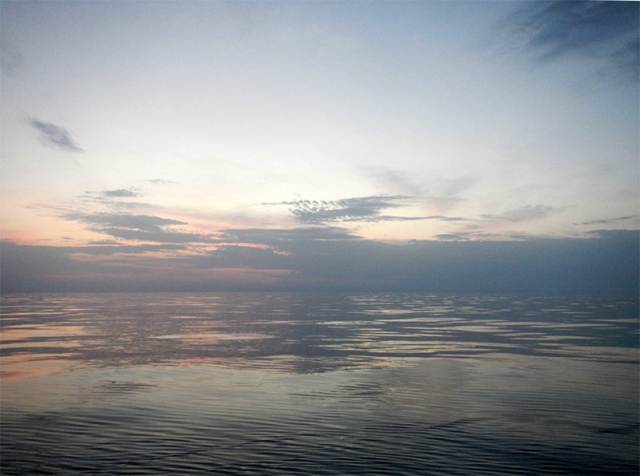 no land in sight – by Caleb

It’s a bit stressful to be the only spouse going. Most wives are using the excuse that () they don’t want their kids going to school in that environment. Others don’t want to quit their jobs or leave their affairs – really?! Are we going to be the only couple that is still madly in love after nine years of being together – enough to want to spend all our time together (when the Navy allows) no matter where that is? Then again, it’s not like I was going to hang out with the spouses. I won’t miss them, but I will miss the attention to detail with WTF we are supposed to be doing about everything.

This would probably be an easy move for any civilian – paperwork, clothes, job – check. But for us, we not only have to conform to the laws of Bahrain, but have to adjust for how the Navy thinks we should dress and act, so I want to make sure I have everything in order. The funny part comes when people ask if we’re going on vacation – sure a two-year break from the United States and we don’t pick Spain, Japan, Sydney, or Honolulu – not that I won’t treat it as such.

We’re allowed to bring 11,000 pounds of personal belongings, minus 500 pounds of Caleb’s work related uniforms and manuals, and minus the vehicle with a 20 ton weight limit – ours is only 2. We’re allowed two pets, no consumables or perishables or combustibles, and no plants – just like a move across the U.S. The amount of things you can bring depends on the military member’s rank, length of stay, and number of dependents – me. 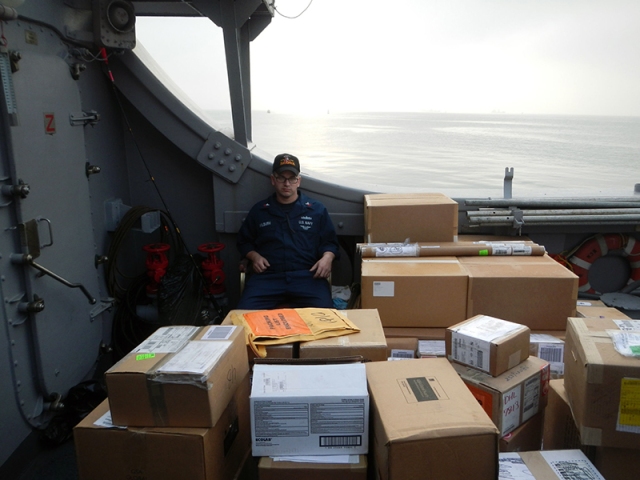 I might miss some of my American freedoms, but I will learn to appreciate them more. I won’t have the opportunity to just drive 6 to 17 to 24 to 38 hours to visit family on a holiday weekend or during Caleb’s leave period. Our flight will cost $1,300 and take an entire day of non-stop flying – not including two or three stops that we will make and any delays that come up – while the dogs are in carry-on luggage the whole time. I’m fine with this. I’ve been to see lots of family – some that want to see me and others who don’t care. There’s still family I have yet to meet, and some that I never will because they died before I got the chance – but I knocked on their door anyways.

Visitors are welcome. It won’t be easy for most. You will need a plane ticket and a passport. We should have a spare room as space doesn’t seem to be a problem over there and air conditioning will be included in the rent. My main concern is finding a spot to walk the dogs that won’t melt the pads off their feet – even in the middle of the night. I look forward to participating in Ramadan and making new friends. We can’t become Islam – for obvious reasons – but also because once you do there’s no going back. More to come as we continue this journey into becoming expats.