Cave Singers at The Casbah

a building with a well-lit staircase

I had plans to ride along Silver Strand when Betty got off work at 6:00 pm. Christine texted me an invite to a concert, doors at 8:30 pm, and she has yet to disappoint me with her taste in music so I accepted. Betty wouldn’t end up getting off work until 7:00 pm and so I did a 14 mile ride in time to get home to meet Christine.

I drove us downtown and parked in the 1500 block – we were supposed to be in the 2500 block, so after walking a few blocks in the wrong direction we got back in the car and tried again. We meet Leith at the door and will play a game and a half of pool before Bleeding Rainbow takes the stage at 9:00 pm. We met Leith and Chris (who will show up late) at the HBR concert back in February.  I enjoyed the lyrics of the psychedelic-punk-rock-n-roll band when their instrumentals weren’t busy overwhelming my eardrums. 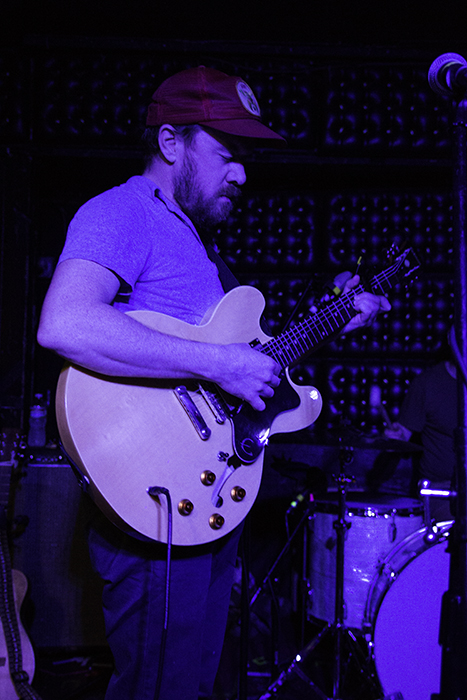 At 10:40 pm, the Cave Singers take the stage and the place is packed. Leith and I are at the stage letting our hair swing to the beat while Christine and Chris look on from somewhere else in the crowd.  The Cave Singers are an indie folk rock band with plenty of dance-inducing instruments in their repertoire and keep the sounds coming until midnight. I was able to get a high-five from Pete while on stage and the other members after the show.

Not wanting the night to end we enjoy conversation, a long walk, and pizza (pepper and onion) dipped in wing sauce. We lost track of time and I got a parking ticket. Thank you to Chris for helping me cover the cost. We were able to take a nap before Christine would have to get ready for work. My plans for the day included mowing the lawn, recycling CRV, donating books to the library, and then heading to the beach that evening to watch the rise of the pink moon.

2 Responses to Cave Singers at The Casbah