Posted on December 24, 2018 by TheJessicaness 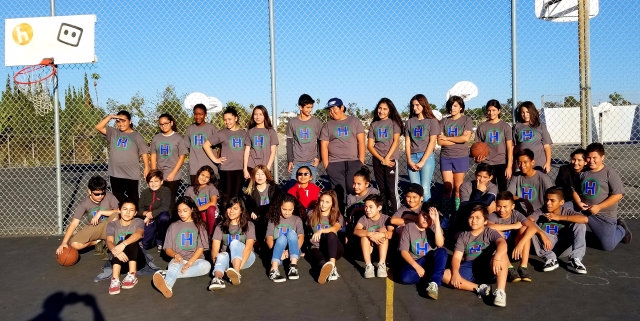 majority of my Hawkings students

First: Jumping for Cobbler
I gifted Caleb one tin of mini Altoids and read on the couch with Sparky in my lap enjoying the sun coming through the window while Caleb prepped the pears.

At work, I had the kids doing burpees, jumping jacks, and jumping rope 150 times for one class and 300 for the other before free-play.

Caleb tried to find a restaurant to go to but we mixed green salad with orzo salad for dinner and had dessert… twice.

We watched the neighbor’s kids, three of them sleeping, and played Google trivia with her oldest while Fallon dealt with Ryan’s flooded car. 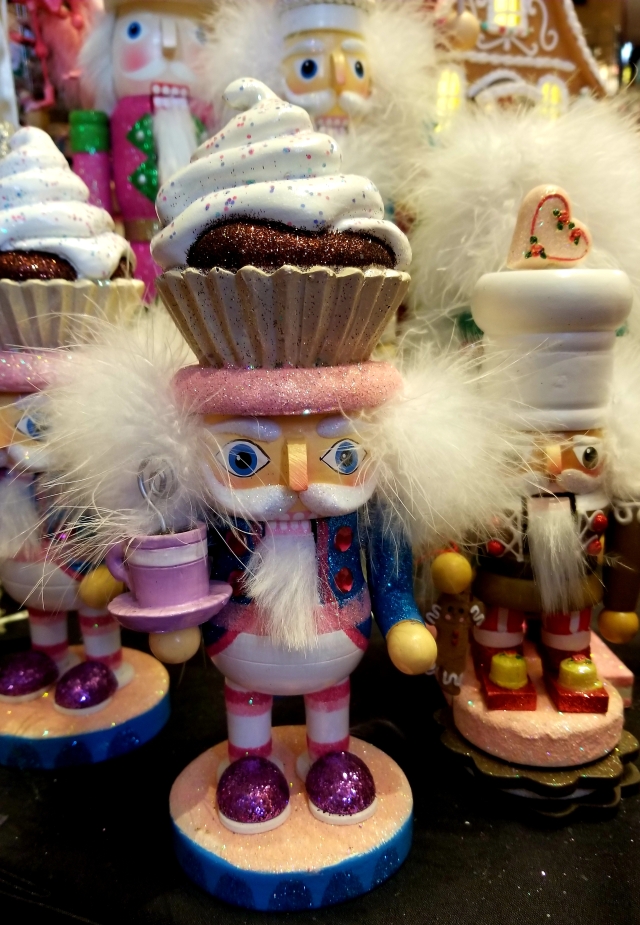 Second: Nutcracker in the Afternoon
Caleb got us free tickets to the 2 o’clock show. We arrived 15 minutes early and found our seats on the side balcony left of the stage. It’s a toddler-friendly event, but the parents are worse with the chatter, selfies, and crinkly wrappers.

I appreciate the young talent and wouldn’t have minded trying ballet or other dance styles as a child — then I think about their feet. Girls are allowed to start wearing pointe shoes, an idea introduced in 1832, around 11 years old and will develop corns, calluses, blisters, fractures, sprains, and more as they continue their career.

On the way to the theater, a guy stopped in the middle of the crosswalk to share his free donuts with us from Donut Bar because they were closing for the day. His wife ushered us out of the street and I picked the one with glitter. Caleb was confused as to how I could respond to how delicious the donuts looked before the box was opened.

This marks two things off my bucket list — getting Caleb to the ballet and looking like I made out with a unicorn when I walk in. The best part of the show was the clapping audience to help cover the other crowd commotion and keep them focused on the magic of the music, movement, and materials that go into what they’re watching.

The soundtrack created by Pyotr Tchaikovsky was first performed in 1892, the dancers have likely been practicing for about 15 years, and pointe shoes might not last the performance (and cost over $16,000 per season at $80 each), especially if it’s “Swan Lake,” which is the most painful from running tiptoe on the spot.

I gifted Caleb two candles and he made a turtle-dove cheesecake.

Third: French
We bought a manual pepper grinder and I made a midterm for the seventh graders while Caleb made French onion soup. He was gifted three bars of soap.

Fourth: Sugar-Free
We watched a different version of the Nutcracker performed by the New York Ballet and Sparky had his fourth seizure. We walked him for 40 minutes and then Caleb was gifted four packs of gum. 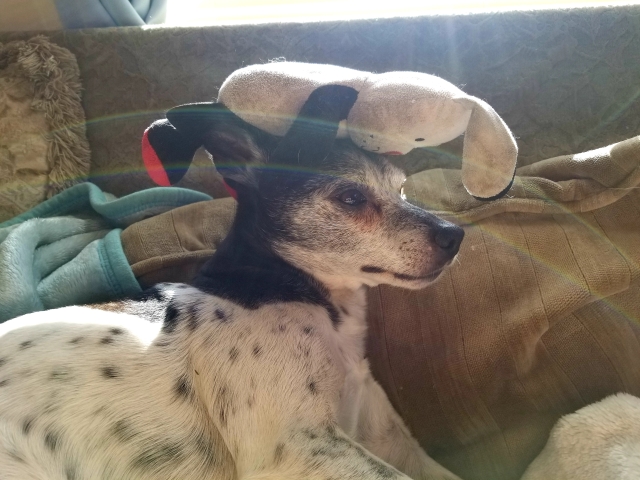 Fifth: Golden
Sparky got one golden ring (bone). I cleaned up the yard and uncluttered inside.

We talk about soccer, stumbling, and snacks with the neighbors and then go in Ryan’s new car, a Toyota RAV4, to the store for sugar, butter, and potatoes.

Caleb bakes his second batch of biscuits this week while I learn that my calf is only 1.5 inches bigger than my neck while looking at an ostrich, the only two-toed bird. 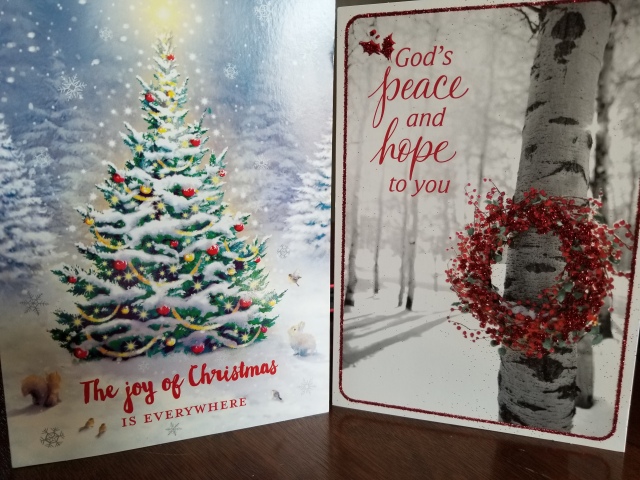 Sixth: Half is Three
I gifted Caleb six chocolate cookies. I scanned pictures and letters from Mom into a post.

I helped Caleb with his quilt so he could give me crap about my unfinished socks. We got Christmas cards from the mayor of San Diego, the dogs’ vet office, and Aunt Lorraine.

Seventh: Snoring Sleep
I spent the morning working out in the bedroom because I didn’t feel like putting on pants until it was time to take Sparky out for his daily walk.

I have a productive conversation with Dad and use his critiques to help rewrite my Busch Gardens post. I get distracted by travel plans, sugar cookies, a Guinness World Records challenge, some quilting, shopping for icing and ribbon, and getting a burrito for dinner, but I was able to read Oregon Coast – Day 8 by Dad; one of my favorite posts.

Caleb and I got to put on facemasks together with a liquid that ran down our chins and made my face red after 19 minutes; he told me to leave it on for 15-20. Then we took 2.5mg of melatonin that’s currently helping him snore away. 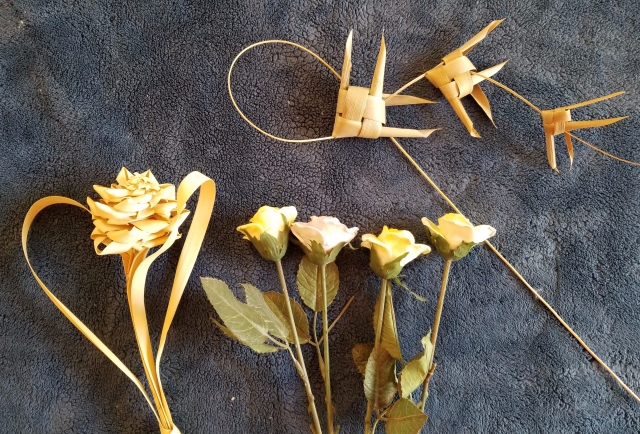 Eighth: Diving into Grades
Caleb gets his diving gear to match what I got a week ago — a pink Seaside Elite mesh bag, an Aqua Lung Mikron yoke regulator, an XS Scuba pressure gauge/compass, a Zena BCD with a floral panel, a blue XS Scuba BC hanger, a yellow Zeagle Octo-Z II, and an Aqua Lung Traveler 50 regulator bag — but in yellow and black.

I debate putting these details in except that it makes for a good reference point as we continue our diving journey. We started out with a snorkeling kit from Wal-Mart and then bought a better mask (ScubaPro Crystal Vu w/purge) and fins (Aqua Lung Shot FX) with a shorty wetsuit (Aqua Lung Sport 3mm) for me and eventually a full Henderson Thermoprene 7mm too.

We’ll stick with the Aqua Lung brand for boots and gloves (two pairs for me), a dive watch (Suunto D4i), and then buy flashlights, a safety knife, a surface marker, and we already had the GoPro. Depending on your frequency of diving, and the cost of traveling, getting your own gear is definitely worth it as we’ve got 47 dives in 2.5 years.

I donated two bags of clothes, books, and other items and organized a bunch of papers so I could recycle old homework and find the boat deed before work. I administer the midterm I made, with some of the boss’s edits, and am told to allow the students an hour.

They’re sitting, mostly quietly, until they hand in their test and I release them outside for free time. I was sad to see that the class I wasn’t in had kids eating gummy pizza, playing with goo, and leaving their tests blank. About half were given extra credit for the review they did in class last week and even with those points still failed.

Ninth: White Elephant
I went shopping with Fallon for disposable pans, ingredients, and craft ideas for the kids — cookies, necklaces, and ornaments (that some adults decorated too).

Sparky and Zeus got to walk together before the party. We brought homemade potato salad and cinnamon rolls.

Caleb got a Refinery wooden 4 in-a-row game and an over-the-shoulder 6-pack cooler tube, that he can use for frisbee golf, at the annual Christmas party gift exchange; a tradition I could get used to. I brought home a teal 12 oz stemless tumbler.

Tenth: Leftovers
I slept in and took a nap in the afternoon. I walked Sparky and then myself to digest all of the bow tie pasta, potato salad, and snickerdoodle cookies.

I finished reading The Charge by Brendon Burchard and am working my way back through it to answer the questions about goals, challenges, and skill development.

Eleventh: A Bike Ride
I posted about Mom’s high school graduation and went for a bike ride towards the Tijuana River Valley Regional Park, along the beach going north to the new base gate, and around neighborhoods with Caleb before coming home.

Twelfth: All About Mom
I scanned pictures of Mom when I wasn’t eating, walking, showering, or talking.