Camping at the Triangle

I went on an amazing three-week long trip in June. Then I came home and blogged about it for two weeks. I have plenty to do around the house and out in town, but was somehow needing a transitional event to take me from action to wanderlust – I’m in a constant state of, ‘I want to go there. I want to do that.’ I stuck out the holiday weekend at home and decided to take the dogs camping – they haven’t been in months.

Caleb called and said I should head east to the desert – what a wonderful idea when it’s over 100 degrees. So then he suggested that I take the 395 north and head into the mountains where it will be cooler and stay at a BLM (Bureau of Land Management) campsite. I thought that sounded like a better, and cheaper, idea; though with all the driving I would be doing gas would balance that. The 395 is 145 miles from the house. 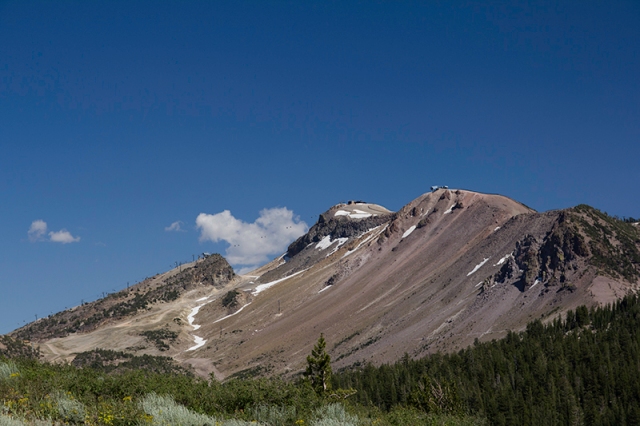 But once on the road the mileage didn’t matter. It’s a beautiful Sunday. I remembered to give Piggy her carsick meds on time. I stop at the Pilot Travel Center near the intersection of the 15 and 395 to pee. On my way out of the parking lot to make a right onto my destination road I meet Denis who is heading to Lone Pine via my car. We get along great; I will stop somewhere between for gas and he helps me walk the dogs on frying pan pavement – that I realize with Sparky’s ballet moves and I carry Piggy.

I deliver him to his next stop where he will hike from Mt. Whitney to Yosemite and continue on with his journey – what an inspiration. Now realizing that I can’t stop anywhere that will burn the dogs feet (I forgot their boots) I will have to make sure the mountains are 80 degrees – and somewhere near a lake is always nice. Soon I find myself in Bishop, parked in the shade, and walking in to the Erick Schat’s Bakkery.

There is a crowd. There is a line. There is a wait. I grab some half-off goods and head to the counter. I have no time to stand around in the cool bakery while my dogs sweat in the heat of the car. The roads are just as busy as the holiday weekend finishes, but what these people are doing in 104 degree weather is beyond me – and Caleb thought this road would be ’empty’ as usual – the usual of when we have traveled it.

The crowds will carry on for some distance. I take the 203 out to Devil’s Postpile National Monument glad to have noticed it on the map and looking forward to another park, another stamp. I drive past the shuttles and chairlifts of the view of Mammoth Lakes and get to the ranger booth to be told that my dogs (small, cute, and angry) will have to take the shuttle with other dogs (big mouths, friendly at first) between certain hours – unless we want to camp with the other dogs too. 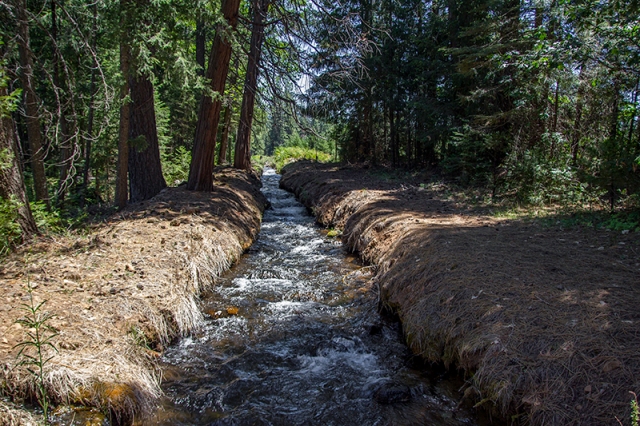 a river in the woods

Well, every trip wasn’t meant to have everything seen or what would I have to come back for – a rhetorical question and one that I would answer with, ‘the view, the people, the food’. I’ve never been to a place that nature made or that man built (minus hospital and prison) that I wouldn’t go back to – though there are other places that I would prefer. So, I decide to continue north in my journey to find a place to walk and read and relax.

My next stop would be Lee Vining. I notice a woman near the road with a large backpack on and pull over and was busy doing something while she made her approach. I welcomed Sarah into my car for a ride to Carson City where she was headed for camping before some days spent in San Francisco. She was so friendly and talkative – and from New Zealand. She had my full attention – no road side glances for me until we stopped for ice cream (her treat) and then Caleb called. 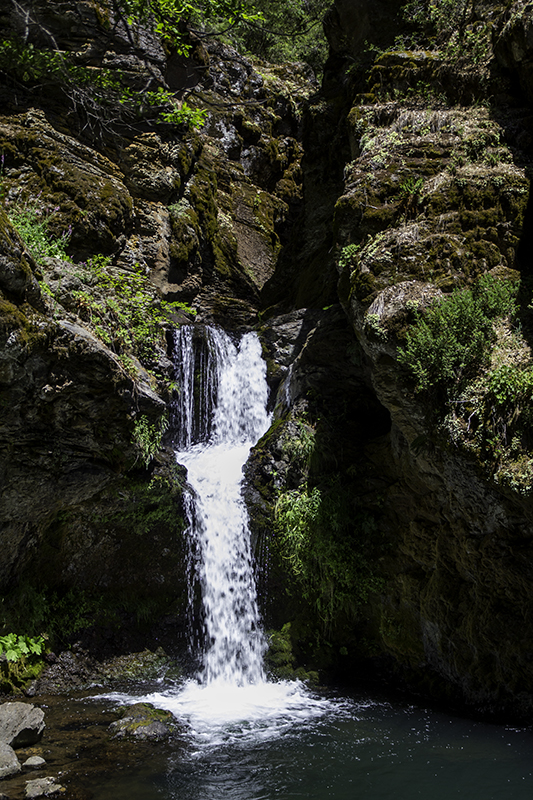 He could hear her in the background and wanted to know how my trip was going – not at all like I had planned and I was loving it. I could’ve been looking for camping, but wasn’t going to leave my passengers stranded so I found myself farther north than I had planned, but the day was starting to cool off. Sarah invited me to stay with her at Lake Tahoe, but I figured it too busy for what I had planned.

I would drive back into California (and get saluted at the inspection station because of the military stickers on the car) and turn left at one of the first triangle (tent) signs I saw. This would have me in the Plumas National Forest where I would spend the next two nights. It might have been more had Sparky allowed me to get any sleep with all his crying, grumbling, and barking. I quickly remembered why Caleb and I had agreed that next time the dogs get their own tent. I think they will be getting their own site too.

pool at the base of the waterfall

There is water, rocks, trees, mud, ferns, ruins, nests, and shade amongst the strong sunlight. I set up camp and will eat mac-n-cheese for dinner with a mango for dessert. After the sun set I would put on my headlamp and open So Big, a novel by Edna Ferber that won the Pulitzer Prize in 1925. It’s in contrast to my surroundings, but shows life and love in a time before my grandparents were born – and that’s neat.

The next two days are spent waking with the sun, eating various snacks, walking the dogs on trails, hiking steep paths, and reading in the shade. On the second day, I would meet Shane and his pet squirrel. It climbed up my leg, around my back, and up to my shoulder, sniffed my ear, and then made its way back down to the ground and back to him. He told me the rescue story and a little about their history, he’s had her for about four years, but I don’t remember the squirrel’s name.

On Wednesday, I would take the fast route home stopping for gas and a big burrito from Asadero’s Mexican Restaurant that I didn’t finish. Attempting to eat it later didn’t happen. The sour cream melted making the tortilla soggy and the salsa, this time just chili paste, went sour and swelled in its container. I will eat some Thai food instead and then once done unpacking take a quiet nap at home – either Sparky was tired too or people and dogs happened to not pass by our house for a few hours.