Finding Balance between Happiness and Disappointment 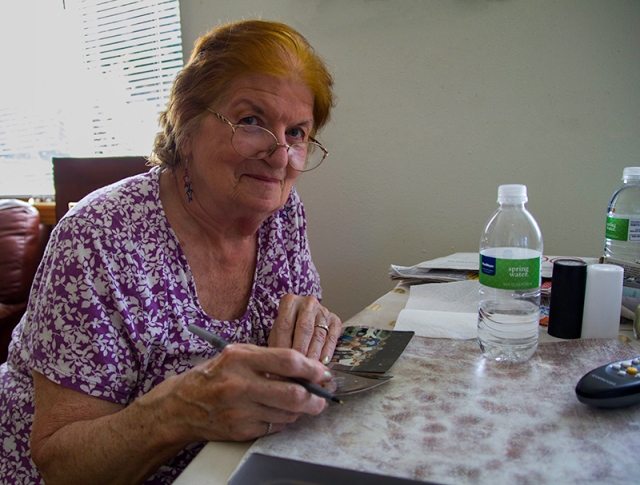 I woke up this morning with no set time to leave, but today would be the day I begin to head south – or so I thought. Grama and I spent the morning together waiting on Amanda, who didn’t feel well, to come downstairs. They started looking for houses in the area as Amanda currently lives in a duplex and I packed the car and then we said goodbye at 11:40 am. I will arrive in SeaTac an hour later and I am in for more than one surprise.

I go to the door expecting to wait on Grandma Kitty (Caleb’s mom’s mom) to open the door – not the young black women that invited me in when she wasn’t sure who I was looking for. Please come in and have a look around to see if you recognize one of these people. Luckily, Kitty was sitting at the table having lunch and though it took her a minute to remember me – it has been four years, I approach her with a smile.

Kitty is now living in a group home with at least four housemates, a caretaker, and a house boss. She tells me she is the oldest one there, and the healthiest. It has been two years since her husband, Sonny, was found dead in their home in Gold Beach, OR. She shows me her room and her tomato plants, then gets out some of the photo albums she has. Lots of her things are still in storage. I go to the car to get my camera to take pictures of photos and she lets me have some – of course I tear up when I see baby Caleb. 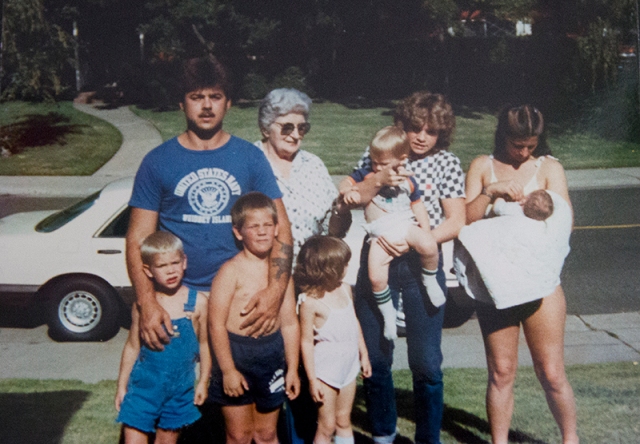 Next is the family tree album. I had been told about this years ago and she has done an excellent job of keeping track of marriages and kids. I fill out a sheet for her to add to the binder. I once friended a lot of people on Facebook (extended family – strangers to me) in hopes of meeting them one day, but after a couple of years I forgot and well faces and names have come and gone. I don’t know if people block me, close their account, or if there is a glitch that causes me to lose the one method I have for keeping in touch with some people.

We go on an outing – a trip to the store, after letting the caretaker know that we will be back in a bit. It felt great to have a grandma buy me a simple candy from the store. It takes me back 50 years and my dad has just reached that age, but I do remember a time when a pack of gum was less than a dollar and when I thought the octane level of gas was the price – that was at the turn of the millennium and those days are long gone.

I had plans to meet Aunt Jamie (Caleb’s mom’s sister), but she had to work late so she texted me, ‘safe travels home.’ I wouldn’t have been so upset had it not been for the conversation four days ago when she told me it would be great to see me. When the day arrives she acts as if she didn’t know I was going to be here, but I can’t give her a hard time since I haven’t even met her yet. This leaves me with three choices. 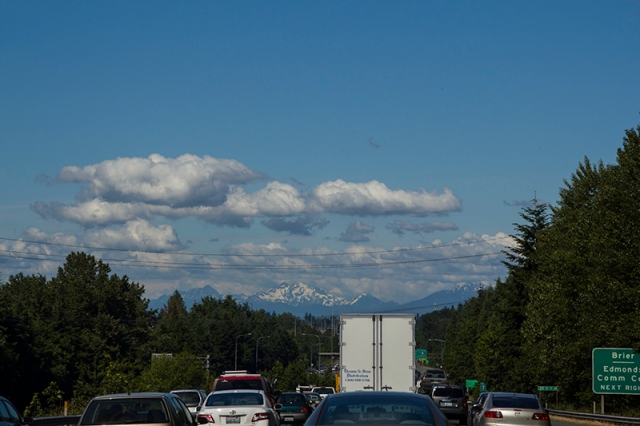 Seattle traffic with a great view

I could return to my aunt’s house in Everett – 45 min, return to my uncle’s house in Oak Harbor – 2 hours, or drive down to Manzanita, OR – 4 hours and my next stopping point. I would’ve gone south, but I didn’t want to arrive too late and miss the scenery along the way. I would’ve gone back to my aunt’s, but her husband is a bit awkward. So I chose to leave Grandma Kitty early so that I could drive back up to Whidbey Island.

I couldn’t have chosen a worse time (well, there probably is). A simple two-hour drive turned into four with Seattle traffic and a ferry that stopped running, but no worries. That’s why there are two ferries, so instead of waiting 30 minutes I only have an hour. I begin to walk over to Ivar’s where maybe I will have some loganberry liqueur, but meet two girls – Laurel and Valerie on their way to Diamond Knot Brewery.

I order an Industrial IPA from Chris – our server that I will have peanut wars with and include other strangers into our game. This gets us talking to the guys at the table behind us and helps time pass. Soon our hour is up and we are running to our cars, me with a water to go. As soon as I turn the key in the ignition the car in front of me is rolling forward. I paid another $9.75 to cross and will think about my decision of spending more money to avoid awkwardness – it is my vacation, but I made a new friend – balance.

Ed had asked if I would be joining them for dinner and I aptly replied that I would be drinking mine while waiting on the ferry. So as I neared I thought they may be at dinner as Ed wasn’t answering the cell or home phone. No need for me to worry as they were outside enjoying the weather while Ed was doing some maintenance on the Honda. We would go inside to watch Spawn, a 1997 action horror film with a dumb clown in it, then they would go to bed.