how many quail do you see?

This morning Paul and I will make pancakes – or burn them, fold them, and double their size. I attempt to make eggs over hard and end with a scrambled mess in the pan. What I don’t scrape out will be cooked with the bacon by Charlotta. We made two batches of pancakes that are supposed to produce 10-12 and we only got four each time. Jonas cut up an apple, some bananas, and two mangoes to go with breakfast. And if that wasn’t enough there was toast to be had with butter or cream cheese and salad.

Today’s adventure would start out by turning right on Cowles Mtn. Blvd., left on Coleshill Dr., then a right on Barker Way where we park in front of one of the summit trails. On our way into the park we notice a mother quail (also the California state bird) with over six chicks – hard to count little running fuzzies that blend in with the ground that keep to the shadows and bushes in our presence.

Going up is easy, fun, and a bit sweaty. We decided to take the road up and we would take the busy trail down (or so we thought). The road soon becomes busier with people running up and down past us as we enjoy the view which is only partly blocked by smog today, but I let them know that it used to be worse here and that the state is still working on making it better yet. We take some photo and sparkling water breaks and make it to the top with a smile on our faces. Paul has chosen to hike with his sombrero and holds onto it in the wind that is cooling us off at the peak.

The park has added new signs with photos of what the closed area behind the sign is helping to preserve and restore – there are yellow flowers, quail, and rattlesnakes. There is new railings along the trail and lots of gravel (that look to Paul like water from a distance) on the path to help with erosion. On our way down we will miss our turn to go back to the car and instead head down to the main parking lot.

Lucky us though. Across the street is Cowles Mountain Coffee and they are serving just what we want – water, Sprite, a fruit smoothie, and two acai bowls – one for me and Paul. And after our order we notice the store hours – they close in seven minutes, but the barista is in no hurry to rush us out of our seats. We enjoy the cool snack after the warm 3.1 mile hike and before the 1.6 mile trek back to the car.

Paul with his acai bowl

Down the boulevard and near our turn we notice a lady standing by the curb with her pot belly pig – a sight to see in the city, so of course we go over to get a closer look. Charlotta was going to pet her – don’t know the name or anything as the owner was on a serious phone call, but was able to give me permission to photograph and pet her pig – but gave it a second thought and posed for a picture instead. They asked if this was a common occurrence and I assured them it wasn’t. It was two months ago when I saw a man walking two goats at a festival – perhaps a growing trend.

They ask if we can visit Point Loma next (about 40 minutes away) and I am more than thrilled to take them. I love the history and views available from Cabrillo National Monument. I forgot my park pass at the house, but the park is still honoring the free card for military so I’m able to get us on by showing my ID – a husband in the Navy has its perks. I drive us to the main parking lot and we visit the statue first. While there we get to watch dolphins play in the surf below – I want to join them.

We get to watch a submarine make its way into the harbor. We had trouble at first determining what it was because of its length and apparent tiny size. On our way to the lighthouse we notice a volunteer dressed in time period gear and follow him up to the little shack that he is standing watch over. He tells us how busy his modern schedule is and we go inside to learn a little more history about the area.

We go into the Assistant Keeper’s Quarters next where there is a 3rd Order Fresnel lens on display. It is eye-catching and a powerful tool – casting its light more than 20 miles over the Pacific. We learn about the people who lived here and other lighthouses along the West Coast before heading into the lighthouse next door. In front of it is a large cistern that the residents used to retain rainwater for their daily needs. In the house we see the rooms that a family once called a home and at the top of the stairs the spot where the light used to shine. The new lighthouse is closer to the water and further from the dense fog. 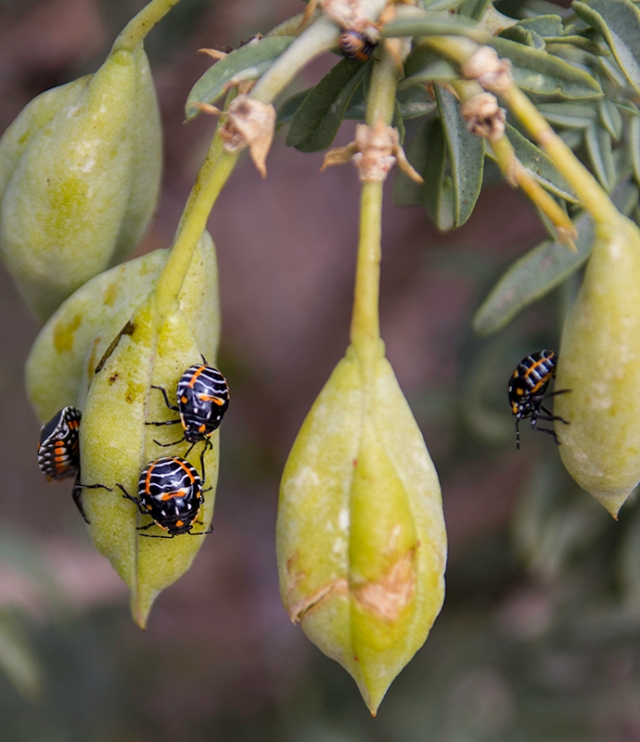 We continue on past the garden and other plants and bug life on our way to the informational signs that will tell us more about the whale life that can be seen from here in the right season – no luck for us today, but the view is still spectacular and the weather great. We would’ve driven down to the tidal area, but missed the low tide that happens in the morning. The park is due to close soon so we head to the Visitor Center for some last moment views, visit the museum, use the bathroom, and buy some snacks.

We stop at the Fort Rosecrans National Cemetery on our way out. They are saddened by the amount of bodies, but also surprised because Germany has a different way of dealing with the dead masses – and not Hitler style. But they agree that the view is still great and take some pictures before we head to the store to buy ingredients for tonight’s dinner – semmelknodel. Jonas and I will start on dinner while Paul and Charlotta clean the car and fill it with gas in preparation of tomorrow’s early departure – after taking showers and making sandwiches for the road.

It is fun to help and be a part of a German traditional meal – again. This one consists of dry bread, green onions, eggs, and boiled milk mixed by hand and rolled into a log. Then we wrap it in foil and then a towel with hair ties on the end to keep it together better in the pot of boiling water. Jonas tells me that once it is done we could also cut it, coat it in butter, and then bake it…but that just takes longer and we are hungry. We also make a gravy to go with it – mushrooms, milk, onions, peppers, garlic, and spices.

We made a salad (spinach, romaine, arugula) with two dressings to choose from – these Germans love their veggies! Dinner was delicious and the drink we got to go with it paired well. We all had seconds and soon the food was gone, but the drink and conversation carried us on for hours. On full bellies and tired legs we would go to bed earlier tonight than usual. Brush teeth, remove pants, grab pillow, sleep.

1 Response to Lost Just In Time