The Town of Free Tequila Shots

We get a late start this morning, but that’s ok. We made breakfast – bagels toasted by me, with eggs cooked by Charlotta, cheese unwrapped by Paul, and Jonas-made guacamole. Then we all took showers; brought sunscreen, water, passports, and cameras; and hopped in my car for the drive to the parking lot nearest the pedestrian bridge that would take us into Tijuana. It is so much fun to travel with like-minded people who enjoy walking, different cultures, and most free things. 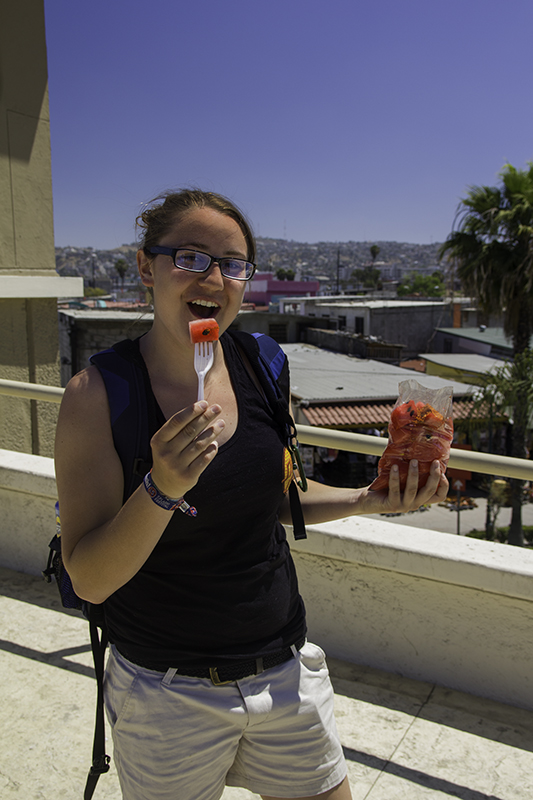 Charlotta with her chili watermelon

Once over the second bridge that takes us into downtown we are bombarded by guys asking if we need a taxi ride. On the way back Paul will ask them – and it was funny to see them get annoyed, laugh, or be rude. One of the bridge vendors is selling fruit with chili powder that is popular on everything from fruit to meat to drinks so Charlotta buys a bag of watermelon for $1.00. She doesn’t like the chili and shares the bag with Jonas and I because Paul doesn’t like watermelon. On our way back we will witness the fruit guy peeing down the wall so he doesn’t lose his spot or customers – and adds to our experience. 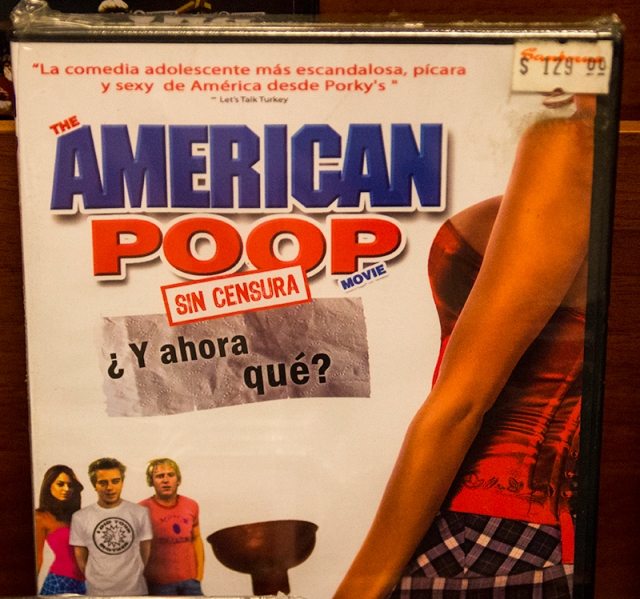 We are on the hunt for postcards, margaritas, and some Mexican food to eat. Along the way we will enjoy all the attention from the shop owners trying to sell us a good deal. We see skull art, sombreros, dresses, rope swing chairs, statues, murals, jewelry,  and bags. We look around at a record store, an arcade in the back of a shop, and a tequila store with a barber shop in the back. Once inside we are offered free tequila shots while we haggle the price of whatever has caught our eye.

a great selection of hot and flavored nuts

Charlotta, Paul, and I will buy carved coin necklaces from a guy with a little booth on the street. Charlotta buys a bag after many attempts to not get ripped off. So many places wanted $40 (I won’t pay over $20 in the States) and with the exchange rate that would be $504 pesos. And one shop had bags right next to each other – so one guy watched her haggle with the other shop owner and then thought he would wear her down – she walked away and finally found a good deal down the street.

Jonas would buy a bracelet that says Tijuana. Paul would buy a watch for a sixth of the price sold for in the States and the cheapest, most touristy sombrero the shop owner would part with. I liked the big red one with shiny silver decorations and perhaps I will return to buy it for myself. It seems worn in the right places it would seem less corny than the umbrella hat – though both serve a shade purpose only one is better at keeping you dry.

Mexican currency on a postcard

All the shopping and walking (and turning around when the streets start to become bare) was making us hungry. They got the flyer for the restaurant with the mechanical bull and wanted to give it a try so we made our way to El Torito. I’m sure I was at the same table and I saw the same waiter, but he let the new girl wait on us (with help). I ordered tamarindo margaritas for them to try – they liked. We all ordered Coronas and then two Blue Hawaiians and two Long Island Iced Teas. I didn’t like mine so I gave it to Paul. 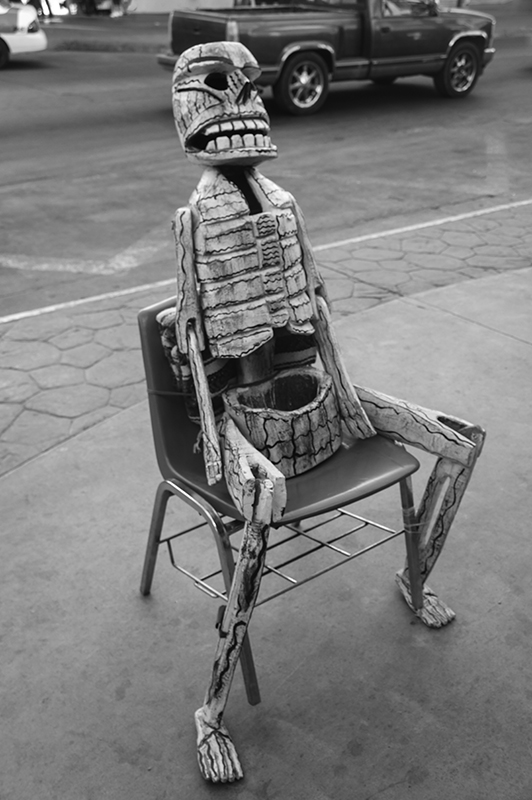 a shopkeeper without business

Charlotta was given a free shot of tequila. The guy came by selling bracelets and then we had a guy trying to sell teddy bears and tattoos – we are not drunk enough! Then Paul gets a shot of absinthe – a third on the floor and table, a third on fire, and some in his mouth. We order two guacamoles with chips, some queso fundido (cheese and refried beans) with flour tortillas, and an order of carne asada nachos. We are told the bull is broken and Paul gets a $2 drink to-go that makes him happy for the price, alcohol content and ability to drink it on the street. 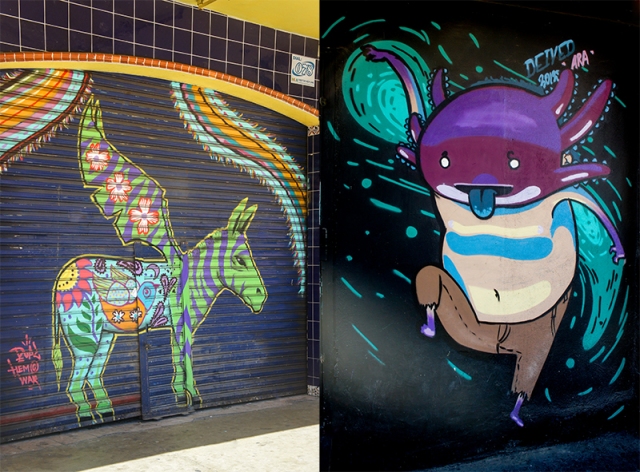 Later we will stop at a Burger King where Charlotta and Jonas will buy ice cream so that we may use the bathroom (el bano). We notice the store fronts starting to close and head for the exit (border). I’m worried about the wait time, but there is no line. We are able to walk from the official boundary outside of the Federal building and to the pedestrian bridge in 17 minutes. We are happy, full, some of us burnt, and all of us ready to play ball with Sparky when we get home.

Paul is not ready to leave yet

Paul will take Sparky outside to play in the backyard for probably two hours while the other two write postcards, update Facebook, check on couchsurfing, and upload photos to their hard drives. Then it’s back to relaxing, eating chips, petting Piggy, and talking the night away. We talked about our prior couchsurfing experiences, recalled moments from the day, and discussed our plans for the last day before they rolled over and went to sleep.

1 Response to The Town of Free Tequila Shots