Cribbage on a Harley in a Hot Tub

Caleb’s Uncle Ed was in town working and we hung out during his off time. Last Thursday I picked him up from work at Naval Air Station North Island and we went to Seaport Village to look at boats, birds, and benches. Then we went to Indigo Café for some pasta – he had the Cajun pesto and I had the tequila penne – both delicious. We spent the time catching up. I first met Ed in April 2011 while I was living in Jacksonville and he was down here in Oct. 2012 and we went out to Julian for apple pie and bought two to bring home.

For his last visit in October he was staying in barracks on base. This time he would be at the Best Western Seven Seas in Hotel Circle in a room with lots of mirrors, free breakfast and dinner, two hours of free beer from the bar, near the hot tub, and with frequent flyers for pizza and Chinese food coming in the door. The hot tub was great. It made me sweat. Afterwards we went to the hotel diner for dessert. I ordered a slice of cheesecake (that I would get to go) and he ordered a sundae (big enough for three people) that we ended up sharing and not finishing. 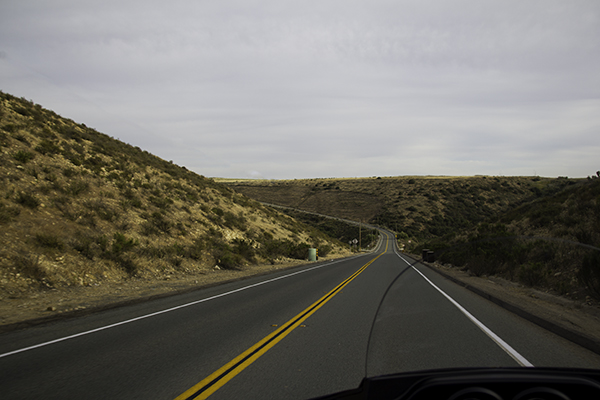 Friday we drove up to the Harley Davidson dealership in Kearny Mesa (the one out of three in the area that does rentals) and rented a 2013 Electra Glide Ultra Limited (the only one left for the weekend). Odom helped us through the rental process with a sense of humor and got us helmets – I’m a medium. While waiting on someone to find us some ear plugs one of the girls at the merchandise counter shared some of her birthday cookies with me. Everyone there is friendly and helpful and invited me to the weekly BBQ and suggested that I learn to ride and get a bike of my own. 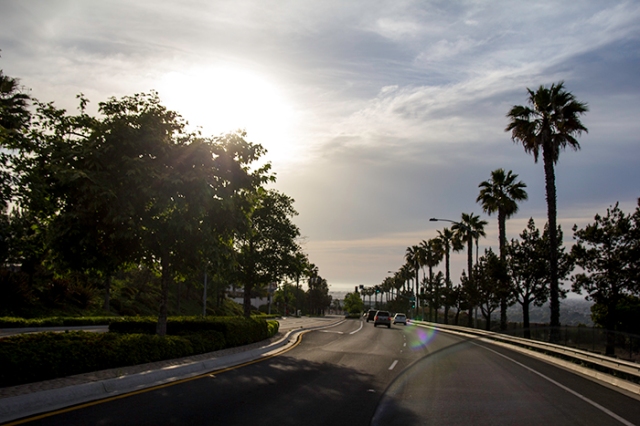 We went by the house so I could change into jeans, boots, and a long-sleeved shirt. We took the bike out and covered most of the Chula Vista area from the 905 south to the border fence, east to Alta Rd, on Ocean View Hills Pkwy and down Telegraph Canyon Rd – not as scenic as we were led to believe, north to Bonita Rd, and west to Hwy 5 for the ride back to the house where Ed will spend the night so we can get an early start in the morning. We eat salad for dinner and watch Ultimate Heist.

Up at 5:00 am, a first for me in a while, and Ed plans part of our route while I shower and take care of the dogs. We decide to take my car by the hotel so that it will be closer to the dealership when we are done for the day (dealership closes at 6 pm). We take Del Dios Hwy into Escondido and have breakfast at Wagon Wheel, then head north past some wineries into Fallbrook to ride some of the historic route 395. We continue north on De Luz Rd past horses, hills, farms, and deserted fields.

I’m not good with directions and I prefer to get lost on a motorcycle – great gas mileage and easy to turn around on very narrow roads. We take some detours, I recognize some of the roads from our to-drive list, and later we are in the town of Perris. We eventually get on Hwy 60 towards the San Bernardino National Forest, then south through the mountains to Anza Valley. From there we will take the 79 south to Julian for a slice of apple pie à la mode. We are in luck today – bike parking right out front of Julian Café and only a minute wait inside. Usually there is a waiting list with a line out the door. 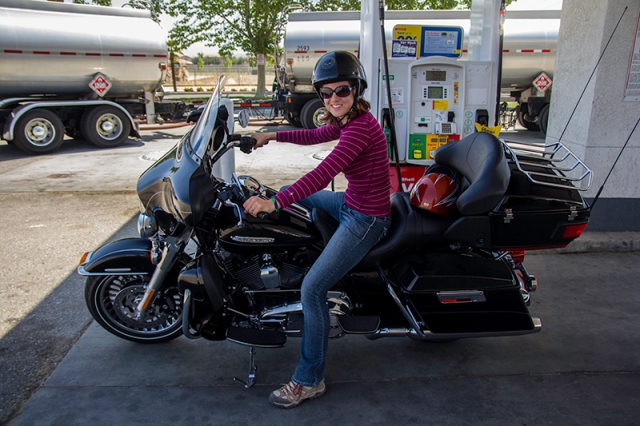 We enjoy the beauty of Cuyamaca Rancho State Park – the busy lake, white trees and rocks, and fields of wildflowers. It seems too early to be on Hwy 8 with 41 miles between us and San Diego, but we must return the bike. I definitely have helmet hair by the end of the ride – the top is smushed and the bottom tangled (I thought my hair was still too short to worry about tying it up). As if my day hadn’t been great enough I’m treated to dinner in the hotel diner with some relaxation in the hot tub afterwards before calling it a night.

The next few nights (between 6-8 pm) after his work and dinner and before unwinding would be spent teaching me to play cribbage and meeting new people in the hot tub. While the bubbles are going I don’t mind how many people we can squeeze next to, but when they stop we realize just how close we are to all the other pruned bodies in the chlorinated bowl of water and someone is quick to restart the timer.

Uncle Ed’s visit seems short, but it was fun and relaxing while he was here. Soaking in a hot tub for a few nights makes me want to get an inflatable one (easier for someone who moves frequently) or make a new friend with someone who has one. Playing cribbage made me realize I haven’t played cards like that in years (counting points for a run, straight, 3 of a kind, and so on). Caleb and I play Skip-Bo and Scrabble (not a card game). I’m invited up to Washington for a ride on his Honda Goldwing (while the weather is nice in the Evergreen ‘rainy’ state) for a tour of the bay.

1 Response to Cribbage on a Harley in a Hot Tub