Posted on October 21, 2012 by TheJessicaness

Things never turn out like you plan them to… well, not every time. Sparky throwing up in my sleeping bag woke me up. I used my pants to help contain the mess. Then the rain came to block out the sun. The dogs got breakfast in Paradise – a small town in Montana before the Nez Perce NHS in Idaho. We had been here before and enjoyed returning for plenty of history and pictures.

We stopped in Clarkston, ID for lunch at Tomato Bros. and ended up staying the night. The waitress recommended the Riverport Brewing Co where we would make friends with Neil. We bought some of his homemade hot sauce and he let us have some pickled tomatoes and green beans. Nancy, our bartender, is married into the business, very friendly, and kept our popcorn bowl full. 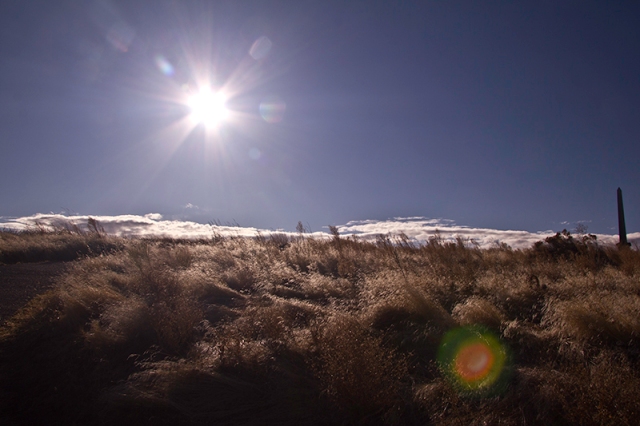 Refreshed, we would get an early start in the morning. We returned to Whitman Mission which was worth it for all the fall colors and deer. Our next stop would be Mt Rainier – for more rainier than other parks, but also for the snow. Most of the roads were closed, but we were able to get in plenty of hiking in 29 degree weather – it was beautiful. Into Seattle for the night, we get free parking a block from the Space Needle. At the top we witness a wedding, but decide to return some other time for the $40 pasta dish – pear and gorgonzola – though with dinner the ride up would have been free, but it’s also a $35 minimum charge per guest with credit card.

The sports bar across the street with an empty table had a 25 minute wait so we went around the corner to Golden Singha, a Thai place, for Thai fried rice for Caleb and pineapple fried for me – delicious and lunch for the next day. We met two couples with nine-day passes for Seattle. We would’ve loved to stay longer and explore this enormous city – our map has a zoomed in box for the entire Seattle area and another of downtown, but work is a week away and we have a long way to go. We camp at Dash Point between Seattle and the west side of Mt Rainier where we will go to see more of the park.

What we get is more snow and more closed roads. We see two young guys throwing snow balls at each other and a dad and daughter building a snowman. We would love to stay and get lost in the snow, but Caleb suggests heading south to Mt Saint Helen’s. We get to see a clouded rim covered in snow and the history lesson was stunning – learning about the effect this volcano had on the area 32 years ago – to houses, roads, rivers, and families over 50 miles away, and the beauty and possible hazard that it still is today. We won’t be hiking to the rim today, but we enjoy some hiking, some frogs in a lake, and getting another photographer’s hopes up when I thought I saw a bird – the most inanimate one he has ever seen. 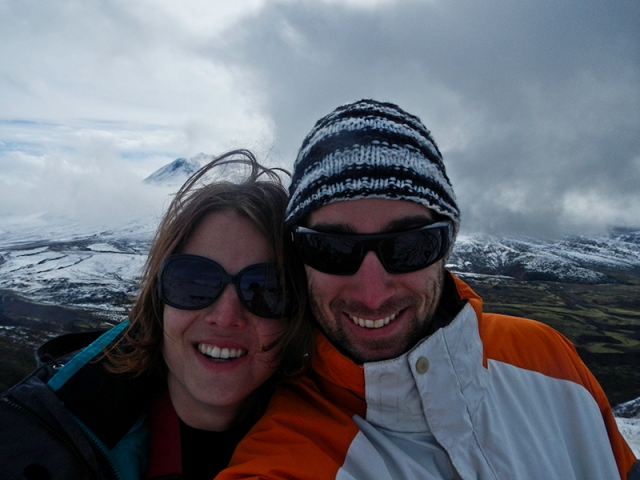 We want to return for snowshoeing and in the warmer season. There are no campsites on the park because of potential flooding, ash covering, and lava flow. I learned that 2-4 inches of ash can collapse a roof and when mixed with snow can turn to cement. What a powerful and changing place. Time for us to change places too. We decide to drive to the Oregon coast and it’s a great choice. We visit Fort Clatsup and imagine living in one of the spacious rooms. 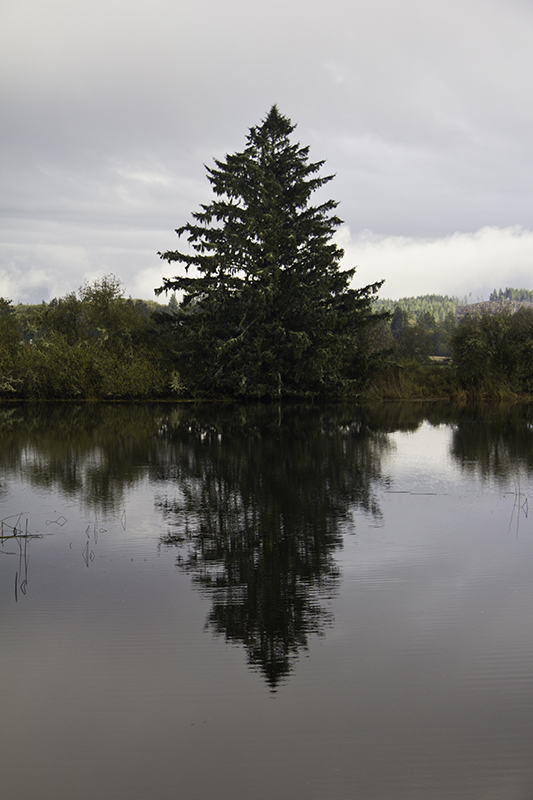 We get to temporarily follow in the footsteps of Lewis and Clark – what lucky and smart men they were. The park was closing soon and we wouldn’t mind being locked in, but drive to Sunset Beach instead. As we walk our way to the water we are passed by a car. Vehicles are allowed on the sand and soon we are left carless by the ocean – what a view. I want to camp here too. As we are leaving I thought I saw a tarantula in this kid’s container – photo-op! But it’s empty for catching bugs for his spider at home named Lewis. Caleb is grateful to have bypassed that moment of terror as would anyone afraid of spiders. 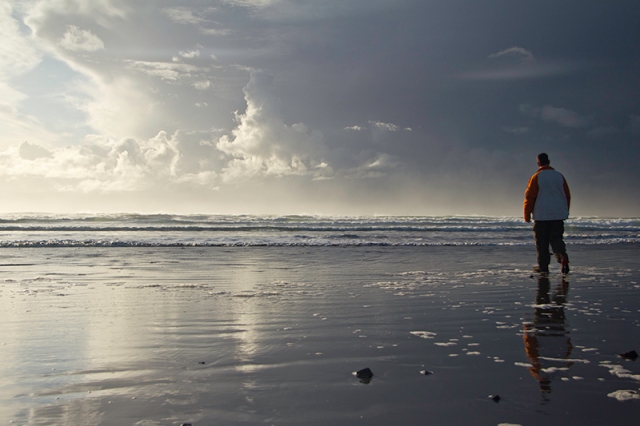 Caleb on Sunset Beach, OR

Caleb has chosen some back roads to get us from coast to capitol. We stop somewhere along the way to make dinner – more mac-n-cheese with olives. It seems to be a Oregon tradition to drive with your high beams on in foggy conditions and my eyes tire quickly, but stay sharp for the one raccoon brave enough to cross the road in front of me. It will be a late night, but we will be clean in a warm bed instead of smelly inside a wet tent.