Posted on October 8, 2010 by TheJessicaness 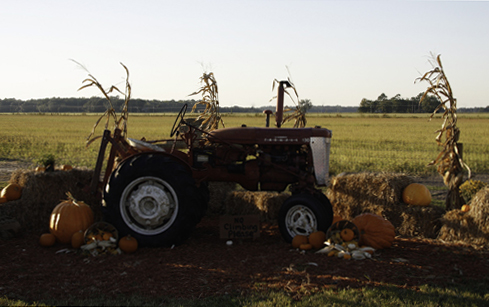 I don’t think that I ever fully watched Children of the Corn, but I was ready to see it for myself in a town called Elkton about 40 minutes from home. We show up around 6:00 pm and the sun is still up so we walk around and look at the pumpkin patch, big piggy, two goats, one donkey, some chickens, a tractor, and a corn-box (maize version of sand) before we head in. The maze is divided into halves and the direction you choose is based on the answer to Girl Scout questions. We found one through five and number nine about four times, but could not find the tenth sign. We went back through and took a picture of each sign and soon were also trying to scare people walking through the maze with their flashlights. 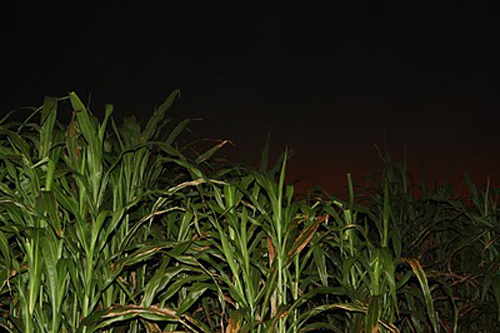 I was enjoying the darkness, but soon we had our flashlight on too and thanked the manager on the way out. It was exciting to have corn taller than my head and thick enough that I couldn’t see through it. I would still like a chance to attempt the Labyrinth for its possibility of getting me lost but also for the possibility of getting lost with Caleb. Unattended teenagers can quickly damage a maze by jumping and running through it; makes them more efficient at scaring children and old folks too. It is good to try new things and this is another I can cross off our bucket list.

This entry was posted in People, Places, Travel and tagged corn maze, Elkton. Bookmark the permalink.