Posted on October 18, 2014 by TheJessicaness 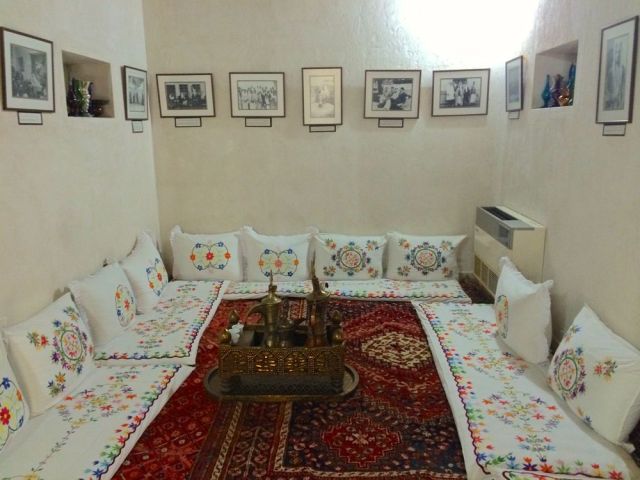 Caleb wanted to get out of the house today and I was surprised that he had an itinerary to accomplish such. I didn’t get up until 9:30, but breakfast didn’t slow us down and soon we were u-turning (one of the many Bahraini pastimes) to find parking near the Beit Al Qur’an which translates to the House of Qur’an – the history and versions of, not like the house of God full of people. No photos allowed or I would’ve taken plenty.

We walked in and there is a mosque to the left full of men and women coming off the elevator from their prayer area. We assure the man at the desk that we are only here to see the museum, not trample through a sacred area in what we’re wearing. I think the next room only consists of a few cases of old pottery, and I suppose to an extent I’m right, but Caleb is the one to notice that it leads to a large room full of books and art and ramps. 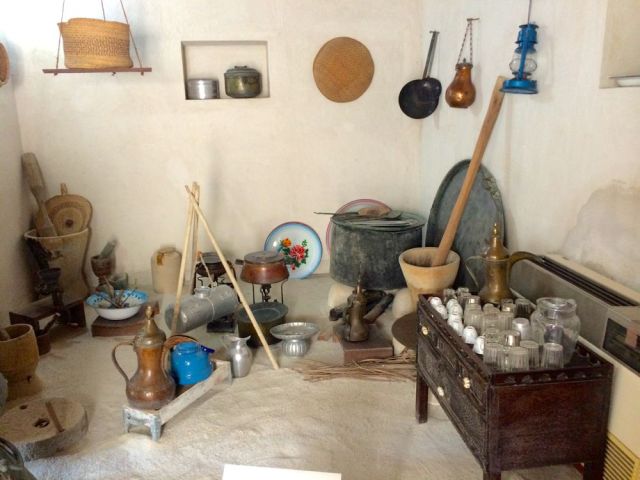 There is one other guy in there and cases full of different versions of the Qur’an from around the Islāmic world. It is neat seeing Allah’s words translated into German and Chinese. There is a circular Qur’an that would fit in the palm of my hand and an octagonal one with a matching case. I can only begin to appreciate the quality of workmanship that goes into making these and the need for protecting what Muslims believe in with a case of matching beauty.

Some of the books are hundreds of years old and I’ve held one before that was due its century celebration and know how fragile the pages can become. These books aren’t being read anymore and many of them come from other collections from people who found it worthy to preserve the past from enemies, weather, and time. Upstairs are larger versions that need stands to be held; scrolls that are thin and short but very long, and artistic tapestry meant to adorn the walls of the wealthy. 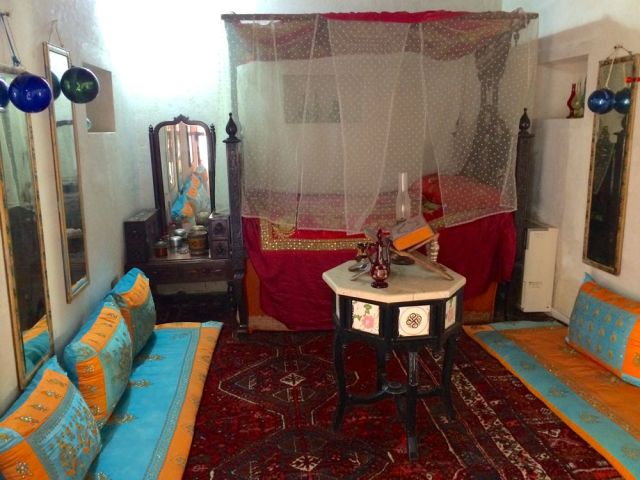 a room for sleeping

Speaking of… you’ve done well when the road to your house has pictures of you on light poles, and your personal roundabout is surrounded by lush greenery and armed guards. Caleb took a blurry photo of the Shaikh Isa Palace entrance as I quickly turned around. He meant for us to visit the house, one of the oldest in the area built around 1800, so that we could get an idea of the grandiose lives of royalty. Their palaces average the size of three to four Bahraini villages – which alone can cause conflict.

Next on Caleb’s list of sights to see is Al Jasra House, the famous birthplace of a former ruler that was restored in 1986 using the traditional materials of coral stone and palm-tree trunks. We park in the crushed-shell lot, walk past the building with the sign for toilets, take off our shoes, and step into a room with benches and vases, and are told by the two women sitting there that this is the only place photos aren’t allowed. 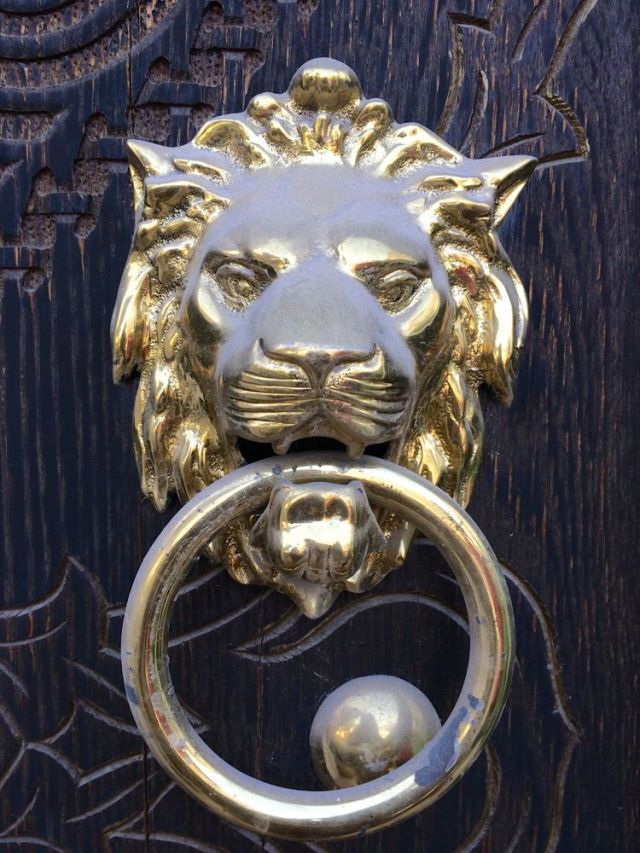 Outside we walk around the main house and have a look at the cat in the shade under a tree. I wish to join him. Inside the entry arch appears a man to collect the 500 fils each entry fee. Most of the rooms look the same – large carpets covering the floor; cushions lining the edges; and pictures, pots, and mirrors decorating the walls. The air conditioners in this old home might resemble the lifestyle of Bahrainis over 100 years ago, but if large couches replaced the floor cushions it could easily be mistaken for a current residence.

I started getting hungry, so we drove to Tashan, near our next stop, and I ordered a falafel sandwich, a piece of round bread, and a bottle of water for take-away from Al Hantour Restaurant and was able to pay in fils (meaning lunch was $1.60). We walked to a bench in the shade where I sat and ate before we went around the corner to see the Al Khamis Mosque that is closed for remodelling. The entrance door is beautiful and it’s neat to walk around the neighborhood that I drive by to pick up and drop off Priya at home. 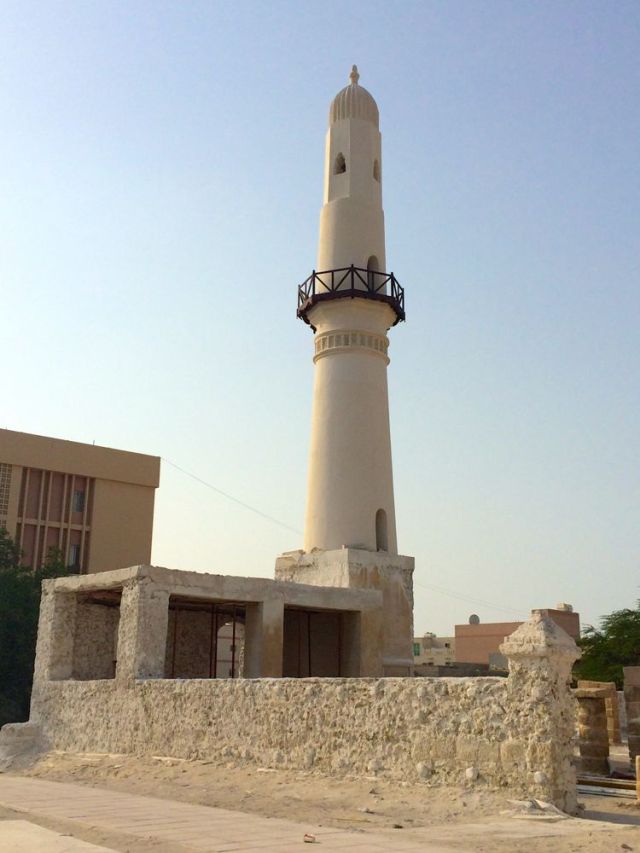 Not ready to go home, we drive to City Centre and choose Gloria Jean’s as our coffee spot. We pick a table in the back next to a mother teaching her son math and think about how nice it is to share moments like that with parents. I didn’t have the face time, but my dad used to call and give me long division problems over the phone. I’m grateful for my parents varying interest in my health and education – even when I don’t pursue it when given such an opportunity to do so.

Leaving Gloria’s we see three men in what seem to be Celtic togas with glitter bedazzled faces going down the escalator. Passing us is a 20-somethings semi-traditional Bahraini couple holding hands. I’m all about respecting religion and forgetting the advances of science and technology, but I’m more about friendship, romance, and equality; and being able to show those feelings with a public display of affection between men or women. 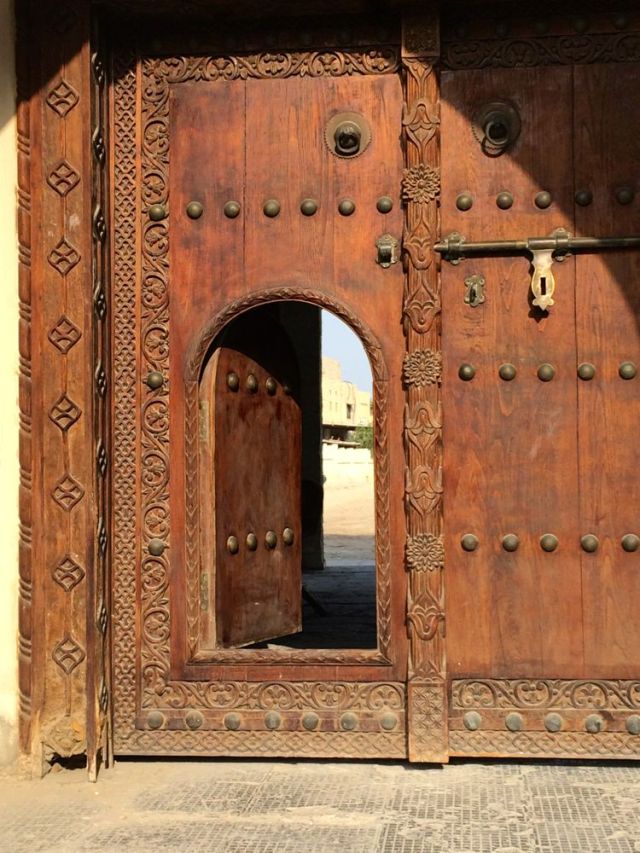 an entrance in a door

A crowd starts to gather downstairs as the lights on the modelling stage come on. Most of the seats will remain empty for the show as people are too distracted by the women in dresses revealing their shoulders and knees for the upcoming season’s fashion – cover your whole body during summer and then show off your limbs in the winter. Just another way Bahrain is setting itself apart and remaining unique.

We join other viewers on the second and then first floor before going home to plug in Caleb’s phone so that it would turn on. This way I can take pictures of the shopping list before we go to Lulu’s where we would spend two hours collecting potatoes, leeks, cream, cheese, risotto, cider, phyllo, etc. Before we leave for the store, we walk the dogs, and stop by Eloise’s to pick up a thank you treat for watching her house – two ‘brownies’ hand delivered from Brazil by one of her best friends. They’re a circular cake with a fudge sauce in the middle covered in milk chocolate with white chocolate drizzle. 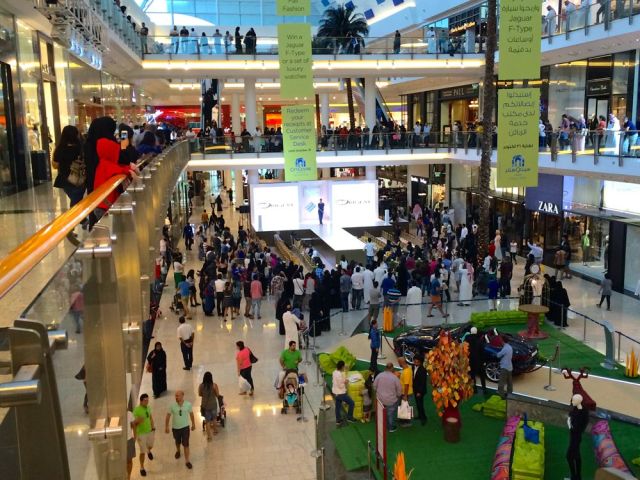 We stopped at Alosra on the way home and I wandered around to Mr. Squash while Caleb looked for what we couldn’t find at the hypermarket. I will walk the dogs again while he starts to cook. I’m glad we got to spend the day together exploring more of Bahrain, even if that means that Julie and Mel had to go without me to the souq, but we chose to watch TV instead of going to the Diggers Rock Fest at 8:30pm. Caleb gets enough of people and rules at work so he can appreciate a quiet night in to enjoy my company while he cuddles with Piggy on the couch.