From Cliff to Deserted Valley

Posted on February 26, 2013 by TheJessicaness 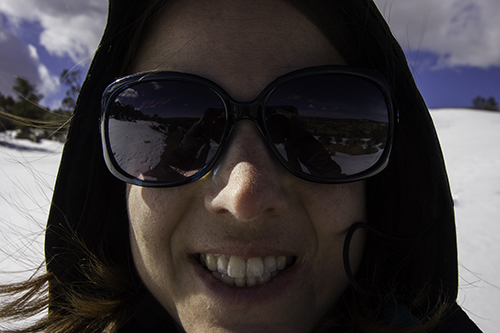 The scenic drive from Page would have us arriving at Navajo National Monument around 10:30 am. We stopped to see the purple mountains in the distance, the white flowers in the fields, and to feed the starving dog some turkey and peanut butter cookies – even Sparky felt bad for this dog in the cold desert with no humans nearby. Later on we would think of the dog food that we could have given to the pup, but it was grateful.

At the park there is a small museum with tools (pottery, arrowheads, and rope accessories) that were used by the Navajo’s for killing and collecting food, holding water, and carrying children and sore feet (sandals). Outside there is sunshine, snow, and bitter wind. There is also a sweathouse that I think about climbing in, to feel the warmth of history – at least that’s what I would be hoping for, but there is plenty more to be seen in this snowy desert. 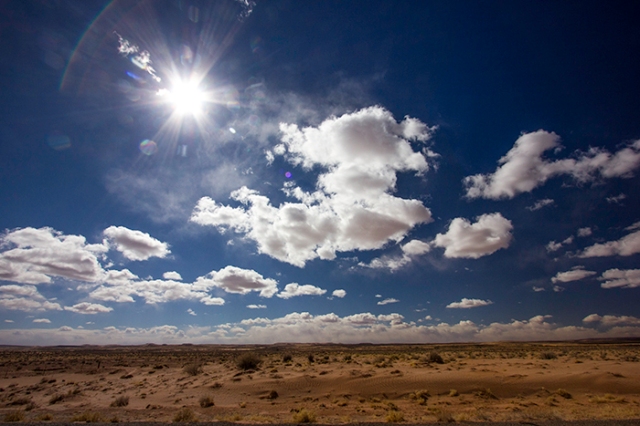 In the snow there are boot prints, animal tracks, and plants sprouting through the white blanket. There are patches of green, brown, and white near and far for the eye to see and if not paying attention there is still some ice on the paved trail to slip on – luckily I was watching my step while shielding my face from the cold breeze. Branches nearby leave their shadow on the white canvas, but the cliff dwellers have ensured a sunny day on their abode tucked into the mountainside – they too wanted to be warm in the winter.

No animals are seen on the return, but I do see artistically twisted trees, colorful little frozen plants, and warm striped rock face. Only so much time can be spent here when I realize that shoes with breathability (big holes) that may be great for running in the city are not my best option here in 27 degree weather. My boots are back in the car and I have to pee – I do consider peeing on my feet to thaw them. Thankfully for my dad, so he doesn’t have to smell it, technology invented the heater and had it installed in cars for that reason – and many other heating possibilities I’m sure. 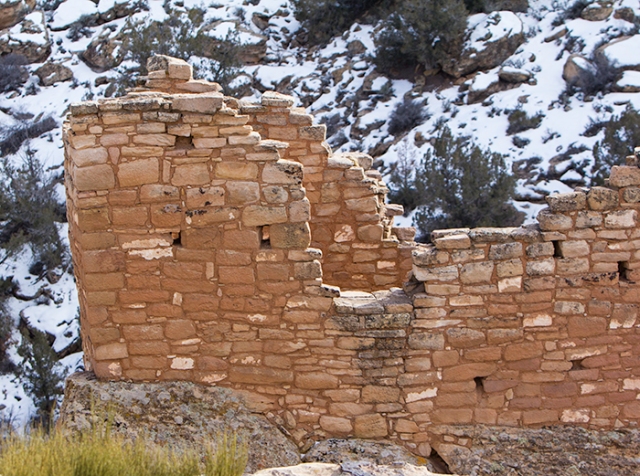 There may be a faster way, and if there was a longer route we would have taken it, but between the cliff dwellers of the Navajo and the towers of Hovenweep National Monument it takes us at least 3.5 hours to cover the distance. My dad is surprised that he has never been to this set of ruins – he has driven lots in this region – and so we are eager to explore. We walk, take pictures, few more steps, few more pictures, and then turn around to get the towers from another angle. Minutes must have felt like hours – actually they were only one.

We don’t spend as much time as we would like here (at least two days), but we felt we had seen more than we realize upon return to the visitor center where we reexamine the map and watch the video. This place would be great for night photography and time-lapse. There are towers built on the edge of boulders, some a few feet back, and others tucked between cracks and holes in the rock – though these spots are more likely for storage.

Back on the road and at least another two hours of driving ahead. We have plans to sleep in Farmington for the night – pet friendly Super 8 here we come. We drop the dogs off in the cold room, turn on the heater, and sit down to a cheap meal at the first Mexican restaurant we see (not fast food). Upon return the room is still cold, but the shower’s hot water is melting (the way I like it) not scalding, and my muscles and bones are warmed for sleep. I will sit up a bit though and email the husband before getting too comfortable under the blankets.

1 Response to From Cliff to Deserted Valley