Posted on July 4, 2011 by TheJessicaness 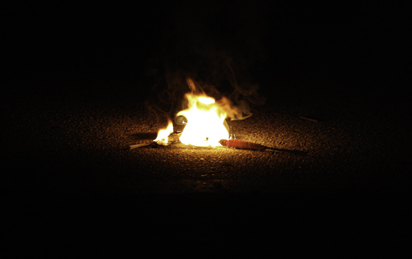 The year 2011 is setting a record for droughts and wildfires. Many states: AZ, CA, CO, FL, GA, NC, NM, and TX have been ablaze and during the month of June doubled the acreage burned in 2002 and 2008 due to wildfires. Florida and Georgia were just some of the states suffering from severe and extreme drought. Some days visibility would be less than a mile due to smoke coverage. Millions of people have been forced to evacuate their homes. This is bad news to some and worse news to farmers and homeowners that will feel the burden of this situation for months to come.

In an attempt to control the spread of more wildfires, many states and counties issued burn bans against campfires, grills, and fireworks. As a result of this, the upcoming holiday would not hold the same excitement or explosions as prior years. I began to see firework stands and wondered if it was going to be okay to purchase them so the vendor makes money but illegal to blow them up this year. I continued to ponder such things as the holiday weekend nights arrived and I heard random thunder and crackle like noises.

The Fourth arrives and I plan to get all my photos onto one computer today. This will mean transferring them from a laptop, a net-book, two cameras, multiple SD cards, some DVDs, and a USB drive with little memory. I thought about my transferring options and decided on the $8 SD card reader with a USB attachment. It was a great decision but I didn’t realize how many photos I had just being stored around so this would turn into a most-of-my-day project.

As night neared, so did the urge for my husband and our roommate, Jon, to blow something up. Jon had purchased sparklers earlier in hopes of igniting some childhood memories without getting caught. Caleb’s memories claimed to have a bit more noise and risk involved. After some phone calls to learn the ban was lifted days ago, the guys were on their way to the pyrotechnic professionals office, or simply, the firework stand. I know there is one within eight miles of the house so it wasn’t distance that kept them gone, but indecision as to which box held the biggest and brightest boom.

Upon return, Amanda and I stepped back in the window from the roof as we were afraid of going any farther. Jon held no fear to traipse the roof looking for other fireworks being lit in the distance. We could all hear them while all the trees surrounding us were able to see them. We grabbed lighters and met with Caleb in the driveway. He too had bought sparklers but assured us that ones with metal handles could make a bomb while ones with wooden handles were for children. The guy at the firework stand had warned the guys that this year wouldn’t be as satisfying for explosion enthusiasts.

Caleb’s bomb lay there sadly and melted to the street leaving only a black scar for us to remember it by. The rest of the night was filled with red, orange, yellow, white, and green smoke. We lit off Dixie Delight, Flowers & Butterflies, and many others. I would have named them Southern Nights for the lightning bugs and fire and Ogre Farts for the big puff of green smelly smoke. Another year of American independence celebrated with a few small bangs and lots of sparks.

This entry was posted in Friends, Holidays and tagged fireworks, wildfires. Bookmark the permalink.