Two Tickets to The Trail

Posted on October 28, 2018 by TheJessicaness 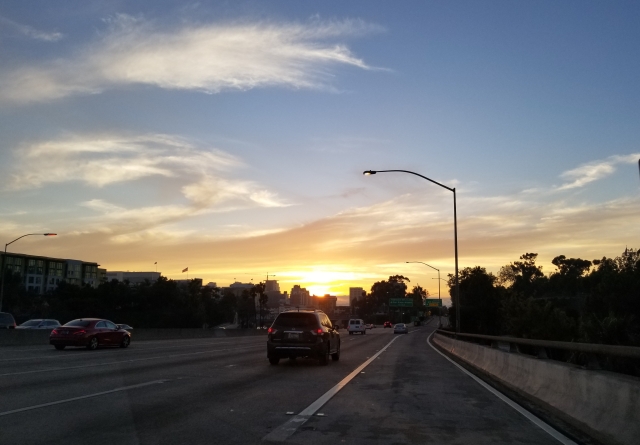 We were going to go last night, but figured it would be super busy and we could wait for a school night for a smaller crowd to the Haunted Trail of Balboa Park. We were wrong. We walked up at 6:06 (if only time allowed it to be 6:66) and there was already a line along the fence for people waiting to get in, and another line to buy tickets.

We stood behind a couple and in front of a group of 14 girls while we waited and watched little kids run around while their parents held their spot in line. Caleb thought we should come back when it was darker, but just because the front gate opens at 6:30 doesn’t mean we’ll be getting into the park before 7p. 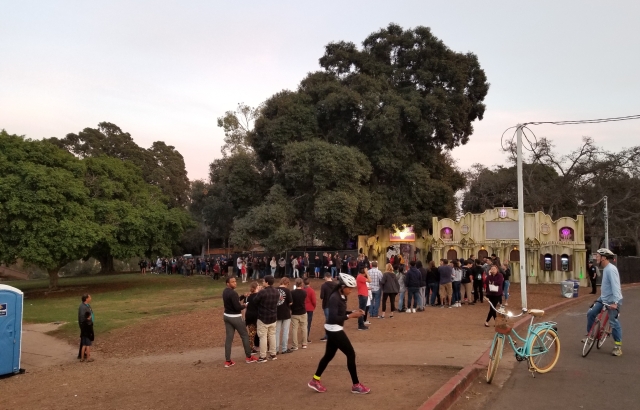 The zig-zag line begins to fill and Zombieland is on the projector to keep the crowd entertained while they wait. The girls happen to know the guy scanning tickets and he gets them in before us. We don’t mind the absence of their glow-in-the-dark jewelry and the light from their cameras as they try to capture everything.

We’re ushered into a small room to watch a short film — stay between the ropes, don’t touch the people, and don’t use flash. It is darker, foggier, and the screams louder. You can opt out of the maze or use the emergency exits, but you’d miss the girl crying to her mom… and this is just the beginning. 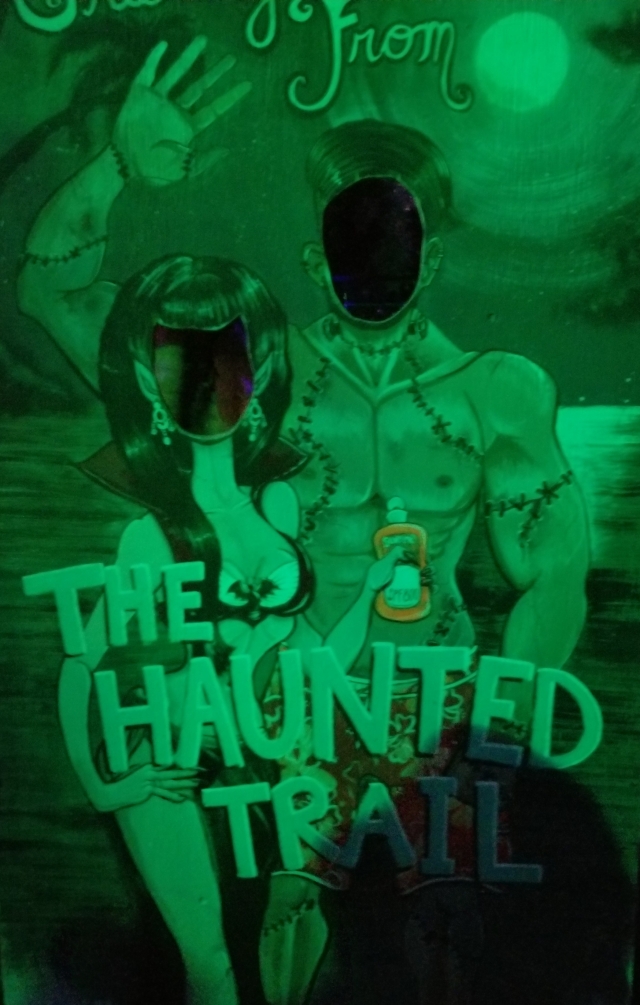 Greetings from the inside line

We paid twice as much for Scary Farm at Knott’s Berry, and there were more  one-way paths there, but I would rather drive further and pay more for what they had in store for us in San Diego. We find a dead-end and Caleb is able to spook a family by turning slightly and saying ahh!

They realized he didn’t work there, but we still needed to find the way out. Once the maze is accomplished, we get in another line to begin the trail. We are first this time and laugh when these boys try to pass us, multiple times, and get too scared and want their mom only to see one fall on his butt and then watch the family run away. 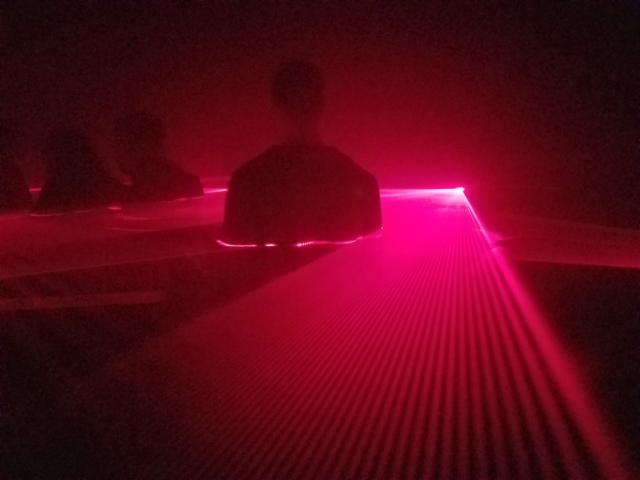 into the next fright

There are the usual suspects of horror films (IT, Freddy Krueger, Leatherface, Jason Voorhees, Michael Myers, and Ghostface) and the trail added nuns, lunatics, and an Oompa Loompa. Sometimes you had to feel your way in the dark or move through large inflatables or guide yourself by the one blinding light at the other end of the room.

There was a girl who refused to go into a classroom and boys that didn’t want to enter the bus. There was a barn, church, hospital, bathroom, graveyard, and more that made a boy lose his whole family. He wouldn’t be the only one as upon exiting there was a crowd of people waiting to be reunited with someone.

I asked if we could walk the trail backwards (which Caleb thinks a family did), but the guard said I could probably do it again from the beginning. I’m not waiting in that line again, though I could take a selfie and buy a necklace this time around. I don’t need either, so we will walk the low-lit road past the crowd to the car.