I didn’t go to bed until after 2am which didn’t help me to be on time picking up Caleb at 9am. He forgave me and we went to the store for Honey Nut Cheerios, Weetabix Crispy Minis Fruit & Nut, and some Raspberry Ginger Clusters & Flakes. And somehow it’s already 12:40pm.

We left the house at 1:30 headed towards Busaiteen, then to the Central Bank of Bahrain, and drove around the block once to find parking, stopping in front of a cold store. We enjoyed the old buildings and new; chipped paint and shiny glass; and empty streets with people moving around indoors. We saw the Saudi and Kuwait embassies and wanted to go inside, but as we approached, the guards came out and I smiled, waved, and turned towards the car. I don’t know the rules for visiting a foreign embassy (without passport and proper attire), but Washington, D.C. offers an Around the World Embassy Tour of over 50 countries.

looking through the hole

We drove towards the World Trade Center with the intention of walking around, but passed the souq and I kept driving. We were going down a road and to my left I spotted a market, so I turned left to find parking and stopped the car in front of an empty garage door – a shop that is closed for the holiday. There is a cemetery behind us and I take a picture as I see the mosque and wonder if the grounds are considered too sacred for photography. We walk towards the way we came in, past a guy that looks 78 years old sitting on a bench like he’s been living there, so I can get pictures of the art and graffiti on the walls.

I see a couch on a divider in the road and it’s not until I point my camera, aim and shoot, that I notice the, somewhat tattered, black flag waving on the corner of a wall. I mention it to Caleb and wonder if it’s to keep us out of the wall, or the street, or the area… how did I not notice?! We walk back towards the car and the guy that was sitting lonely on the wall looking ancient and rundown has managed to get up and step lightly until he is close behind us. We pass each other slowly and he turns his head. I keep walking until we’re in the car and I can sneak a drink of water. 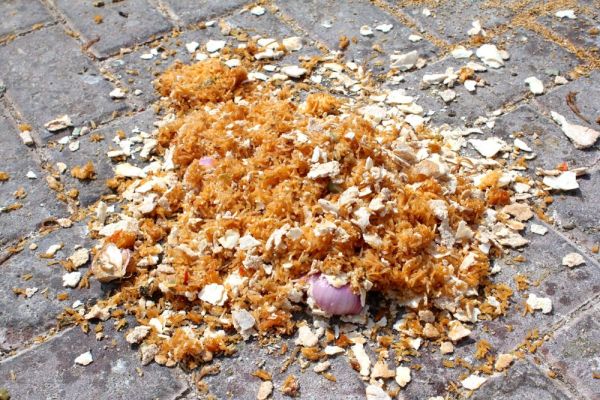 what the birds were eating

We head back to the road we came on and look down the street as we pass. There are more black flags. We drive on, following cars for a while, and then I make another turn. This time I shout at the size of the black silk rectangles blowing in the wind. There had to be at least four at the entrance of a small door. I didn’t stop long to see much else. And if the navy and American negative campaigns hadn’t done enough – traffic stops and I think the worst. Caleb assures me it’s a bus stop, and we’re at a red light, and moving forward again.

Part of me wants to stop, to pull over, to take pictures, to walk around, to buy things. I want to experience Bahrain, but this is their territory that is clearly marked. I hear of other spouses and couples going into off-limit areas (country club, etc.) that have lived to tell the tale. I want to go to Saudi even though locals here don’t and everyone tells me I can’t because they don’t like me. We are done with the flagged areas today and Caleb finds us a route out. We are almost on the highway when I see a Lulu’s – like the rundown old elementary school version versus the new high school one that is closer to our hotel.

We get offered a car wash, there are women begging out front, and the ceilings are low. There are lots of dress stores, kitchen appliances, shoes and bags, and the large clothing and grocery store on the other side. We walk around looking at everything and Caleb notices a bright pink wallet. We come back when the owner has no other customers so we have her attention and I can point to the wall of pink until she touches the right one.

On the highway, it’s about 4pm, and we are thinking about dinner. Caleb suggests Casa Mexicana in Adliya because it was recommended to me and so was El Capo in Hidd. We figure we will go home and hydrate first. My fingers are swollen and starting to burn, and then I think of Christie’s homemade salsa and get in the mood for chips and dip. We turn to Alosra and Caleb says that their selection is like a convenient store, just not one he wants to buy anything at.

Twisted No.1 in Used Equipment

We have a British man giving us a hard time trying to leave the parking lot because he feels he has the right to the whole thing and won’t move his car. I get around him and we go to Lulu’s where we buy three bags of chips (salt and pepper, jalapeño, and veggie), two salsas (hot picante and Newman’s pineapple), some guacamole (that we introduced the stock boy to), and four cheeses (garlic, herb twist, Brie, pepper jack). 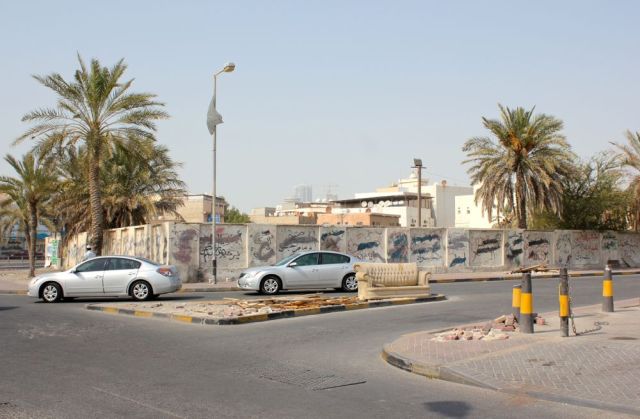 We get home at 5pm, walk the dogs, start laundry, and get our snack ready. We watch a cartoon and then a documentary on Ken Jones, from 2003, about two avalanches that caused him a broken leg and fractured hip. He struggled for three days and lost four toes to frostbite after a boot went down current while he was crossing a river. We finish off a bag of chips, a packet of guacamole, and the two cheeses that were already in the fridge. It seems that will be dinner and I’m fine with that.

I read. Caleb runs. We sleep.