A Long Day Out

I woke up late, ate too much breakfast, and was determined to get out of the house today. I went by the front desk to ask for two receipts – one for Caleb, and one for me, and their system was down so I was told they would be sent to my room. I headed out towards Busaiteen and once there turned around to have a look at Bahrain’s largest nursery. They have trees, flowers, goats, emus, etc. I found a few plants that I wouldn’t mind looking at for the next 22 months and then headed to Lulu’s so I could sneak a sip of water. 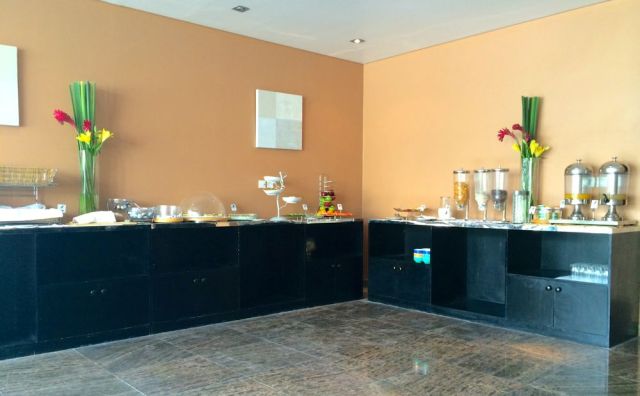 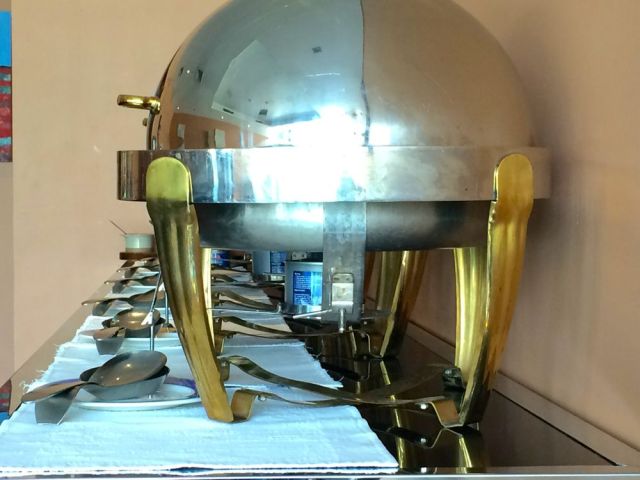 I was going to look for a bathing suit, but didn’t even make it to the top floor. I found another bottle of scented body oil, some cotton balls, strawberry scented nail polish remover, and a new Lindt bar flavour – toffee and hazelnuts. Then I went to base to get some lunch. I found 4 oz of cut veggies in a cup with 1 oz ranch dip and refilled the little cup once. I went to the NEX to look around and got pink and blue nail polish and some strawberry crème protein powder. 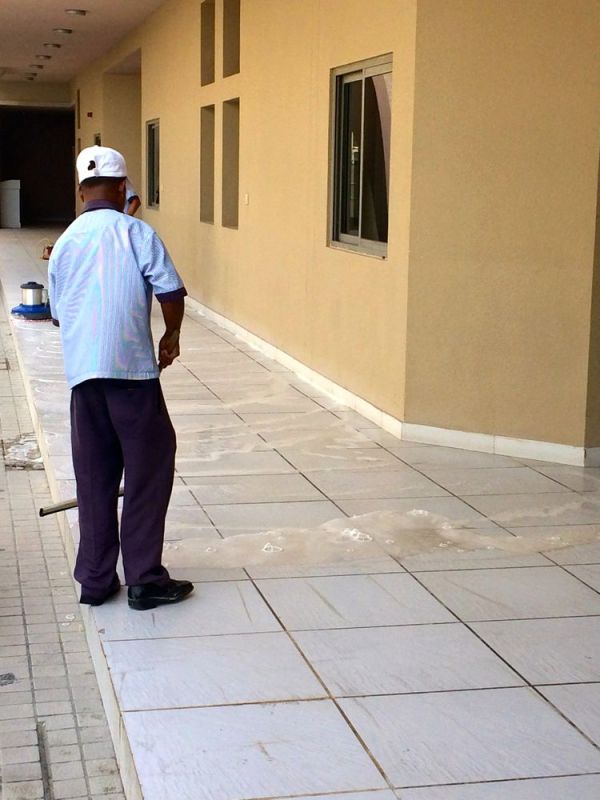 this is how they sweep, mop, squeegee, and buff the floors every morning

I was looking for the pink shaker bottle and the place started to get crowded. Two amphibious ships pulled in today and one can carry more than 800 personnel. I checked GNC and no luck there, I went back to the NEX and a manager told me to check the bottom shelf. I looked, and there it was. I ran into HT1 Allnutt, Christie and her three kids (and got invited to Angel’s birthday party), and into Yanell with Lucas, and met her husband, the XO of the Gladiator. It’s 5pm when Caleb finally texts me – latest day yet. 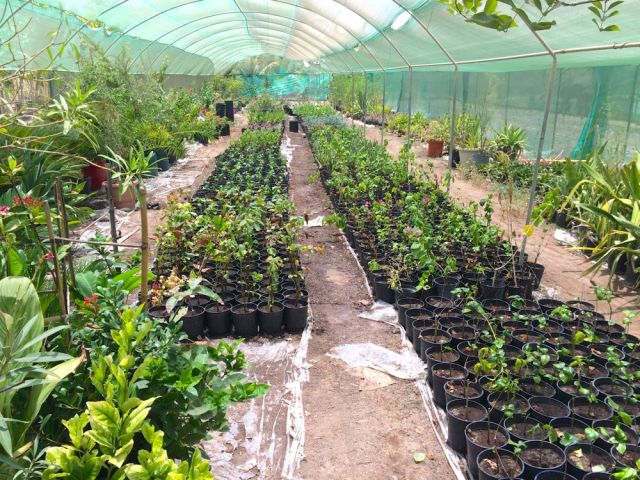 the hidden green of the desert 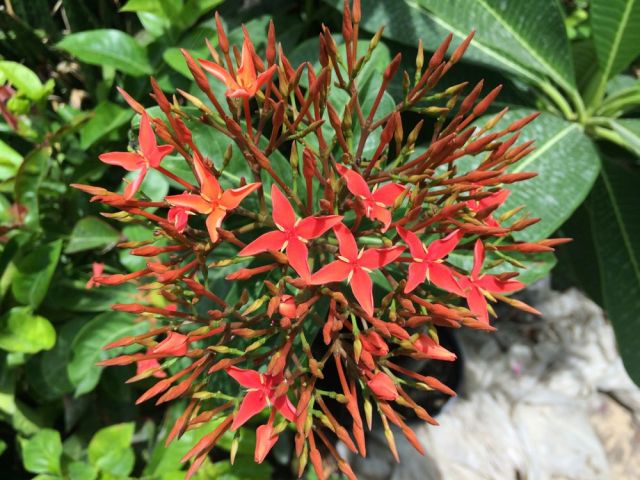 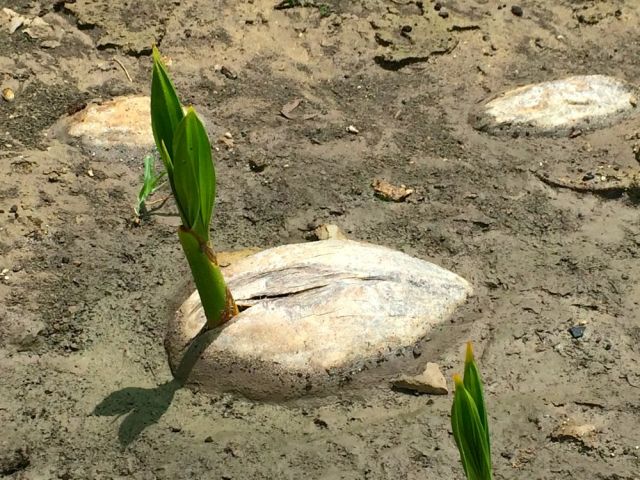 I waited in the roundabout for Caleb. We got home to walk and feed dogs and Caleb suggest we go to the Mantraa restaurant that serves pani puri – a special treat at Dad’s, but a popular street snack in India. I was in total agreement. We park across the street from the Olive Hotel where it’s located, but it’s closed for Ramadan, so we go across the lobby to Vesuvio Tavern where pizza is advertised just to find that section closed. 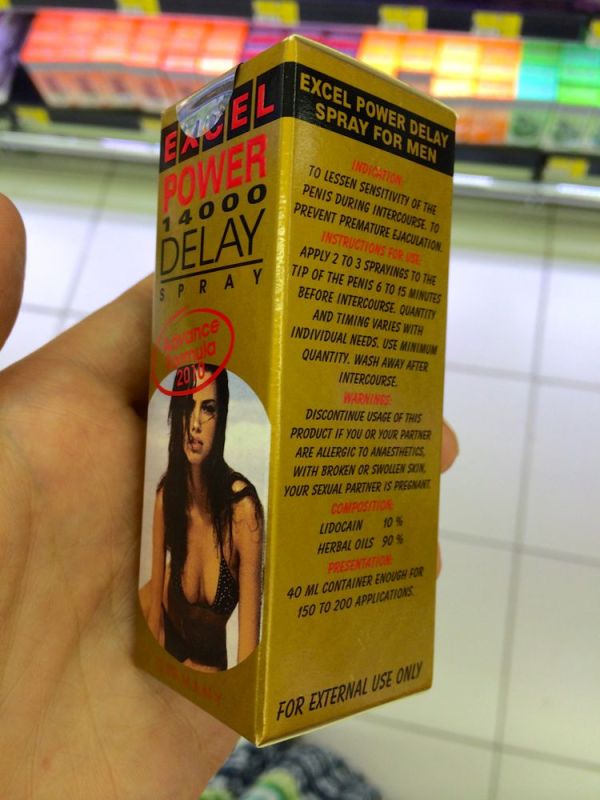 this isn’t for delaying smells… 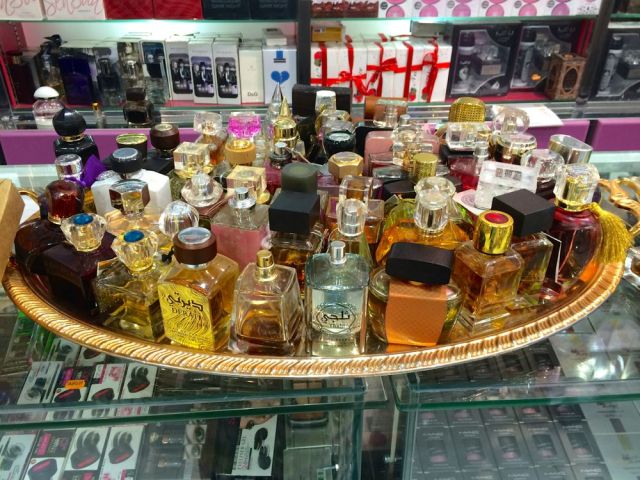 but this tray is!

We sit down and order bruschetta, lemon with our water (thinking it’s going to not be bottled), veggie biryani, and fungus noodles. Some guys walked in with the same hopes as us – eating pizza, but left loudly. I saw a guy eating some gelatinous dark ball and was interested enough to ask the server what it was. I tried asking for the dessert menu, but he suggested the cheesecake, so I got that with a grape on top. The biryani came with yogurt sauce and luckily they put it in a bag or it would have been in the backseat. 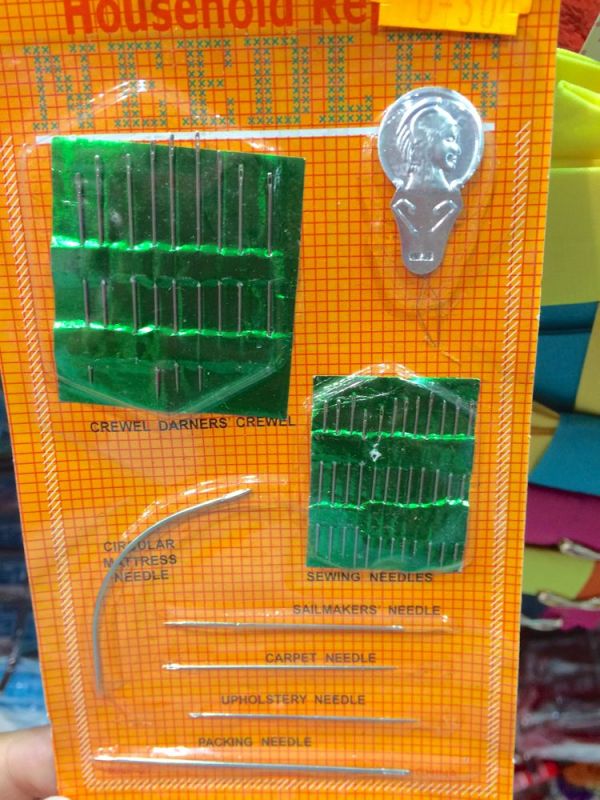 The night guard recognised our car as we pulled up and helped us park and then opened my door. He is so nice. I took the dogs for a walk while Caleb went for a run. He takes a shower while waiting for a YouTube video to load. We will watch that before going to bed. 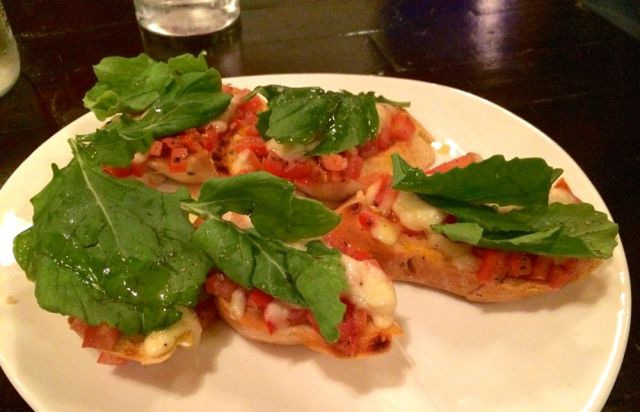